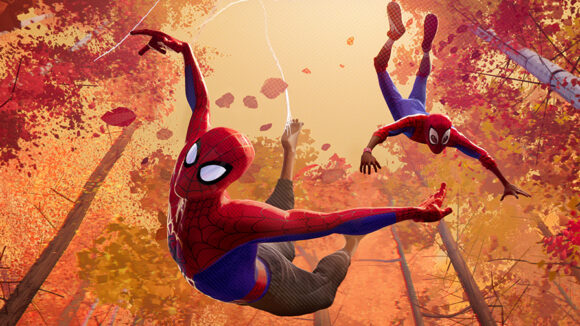 Sony Pictures Animation’s Spider-Man: Into the Spider-Verse continued its miracle run tonight with the film’s most high-profile award win to date: Best Animated Feature at the Golden Globes.

The film has dominated the 2018-’19 awards circuit so far, winning 21 awards, 11 more than its closest competitor, Isle of Dogs. But the Golden Globes means something else entirely: it now firmly establishes Spider-Verse as this year’s Oscar favorite, giving it a solid chance to become the first film to break the Walt Disney Company’s six-year winning streak in the category.

The other nominees in the category were Brad Bird’s Incredibles 2, Mamoru Hosoda’s Mirai, Wes Anderson’s Isle of Dogs, and Phil Johnston and Rich Moore’s Ralph Breaks the Internet.

As we wrote earlier tonight in an analysis on Twitter, this win represents something much more than just a single film winning an award. It’s a victory for the entire animation industry, showing that our art form shouldn’t be defined by a particular style of filmmaking.

It’s a victory for anyone in animation who believes in the richness and potential of the art form, and it’s a victory for audiences who are hungry for new kinds of storytelling, new experimental approaches in visual treatment, and new types of films that appeal to more than family audiences.

Give credit to Sony Pictures Animation and Sony Pictures Imageworks. They took a big risk when they made Spider-Verse, putting their resources behind a film that had never been made before in the mainstream U.S. animation industry. Traditional styles of animation filmmaking have been successful in Hollywood because they make lots of money, and once something makes money in Hollywood, it’s hard to deviate from that model. Sony deviated in an adventurous and bold new direction, and their risk paid off tonight with a victory at an awards show that had presented its animation award to the same company for 10 out of the last 12 years.

It’s a new day in animation. Enjoy it — and let’s keep pushing this art form forward into the future. Great things are still to come!

Here’s the backstage interview with the Spider-Verse producers/directors: