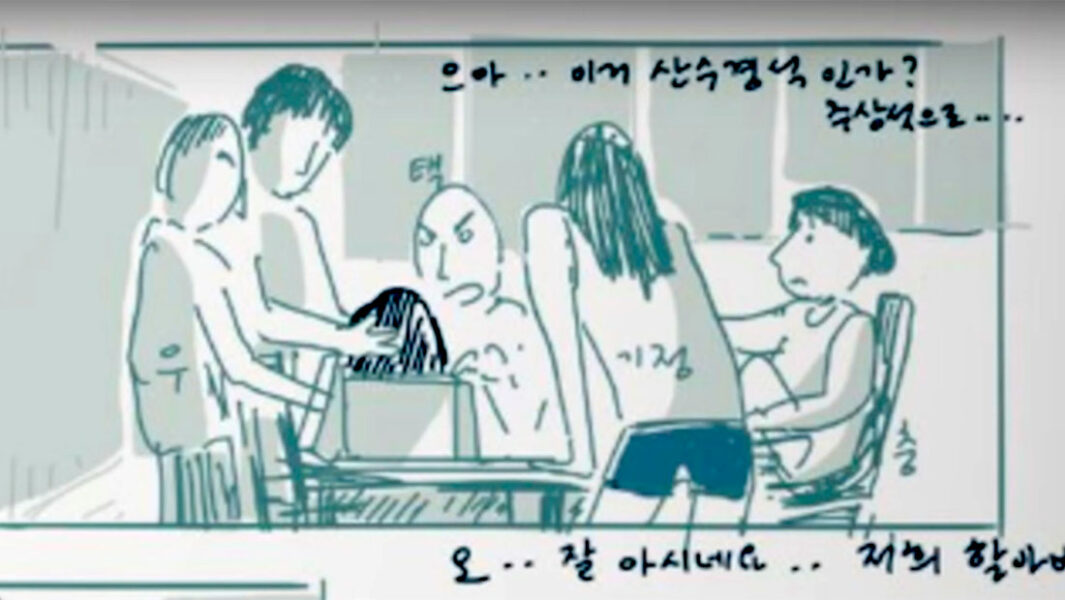 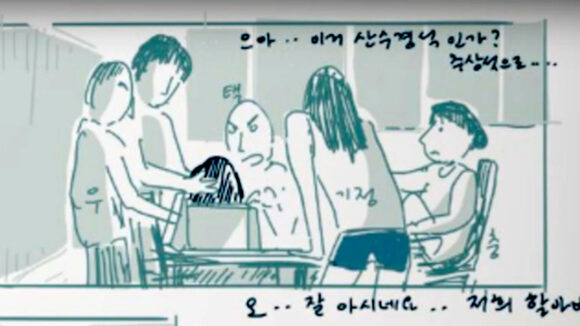 Having already scooped up some of the most prestigious prizes in the film world — including the Palme d’Or at Cannes and four Oscars — Parasite is now reinventing itself as a graphic novel.

The storyboards for Bong Joon Ho’s devilish class satire are set to be published in English by Grand Central Publishing (a division of Hachette). Parasite: A Graphic Novel in Storyboards will feature Bong’s drawings for all 960 of the live-action film’s shots, in narrative order, over 304 pages. The book will also contain a foreword from Bong, as well as early concept art and photos from the set.

As the product description puts it:

As part of his unique process, Director Bong Joon Ho storyboarded each shot of Parasite prior to the filming of every scene. Accompanied by the film’s dialog, the storyboards he drew capture the story in its entirety. Director Bong has also written a foreword and provided early concept drawings and photos from the set which take the reader even deeper into the vision that gave rise to this stunning cinematic achievement.

Seasoned Bong watchers won’t be surprised at the news — the storyboards have already been published in Korean and other languages. Last week, film editor Vashi Nedomansky compiled a few of them into a video, providing side-by-side comparisons with the final shots:

Storyboards for live-action films are common, but it’s unusual for a director to storyboard their entire film in such detail. Bong does this for each of his features — the habit stems from his days as an amateur cartoonist, and his flair for drawing is obvious. He told Sight & Sound that he initially envisioned Parasite as a theater production, as the story is mostly confined to two sets. But he quickly changed his mind:

When I started writing, from the first line, I realized that would be impossible, because without going through the filter of thinking about camera movements, placement, and frame size… it’s impossible for me to come up with a story. So I gave up on the theater idea right away — my brain is just optimized for cinema.

Parasite: A Graphic Novel in Storyboards will be available on May 19, 2020. Pre-order the book here.