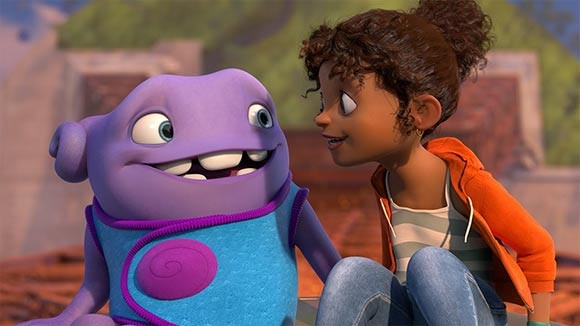 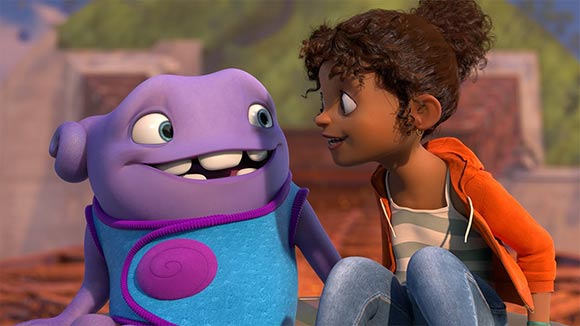 DreamWorks Animation’s Home upended expectations this weekend—including those of the studio itself—by snagging first place and an estimated $54 million in its opening domestic weekend.

The studio, whose shares fell to a new 52-week low last January after it announced plans to restructure, had predicted a $35 million opening weekend for the Tim Johnson-directed Home, its only release this year. Analysts expected that the film would suffer in competition with Disney’s Cinderella (itself holding on to fourth position and passing the $150 million mark domestically this weekend).

But after grossing a respectable $19.2 million in international markets last weekend—including a robust $9.3 million U.K. opening—Home opened with the strongest domestic weekend for DreamWorks Animation since 2012’s Madagascar 3: Europe’s Most Wanted ($60.3 million). It’s also one of the strongest launches ever for an original DreamWorks film, trailing just Monsters vs. Aliens ($59.3M) and Kung Fu Panda ($60.2M). By comparison, last year’s summer hit How to Train Your Dragon 2 launched with $49.5 million, while Penguins of Madagascar scraped in $35.5 million over the five-day Thanksgiving holiday weekend.

Pundits are attributing the strong results to the pull of its stars Rihanna, whose social media stature is second to none, and Jennifer Lopez, who performed “Feel the Light” from the film’s soundtrack on American Idol last week, as well as a domestic marketing campaign that targeted the Hispanic and African-American demographics. Home drew an audience that was 48% Caucasian, 22% African American, 15% Hispanic and 15% Asian. Critics, though mostly lukewarm about the film, have commended the inclusion of a character whose “skin color and natural hairstyle is rarely seen in the main character of a mainstream kids’ movie.”

Home’s surprising debut puts it in the same league as Big Hero 6 ($56.2 million) and The SpongeBob Movie: Sponge Out of Water ($55.4 million). It remains to be seen whether Home will have the strong legs of BH6, which has a current domestic gross of $222.1M, or if its performance will ebb like SpongeBob, which has earned $160.2M to date.

Home also earned an additional $24 million internationally this weekend, upping its foreign total to $48.2M. Its worldwide gross is now $102.2 million. The film opened in first place in Mexico ($3M) and fifth in Germany ($881,000), remained in first place in Russia ($3.4M), and dropped to second in the UK ($3.7M) behind the opening of Cinderella.