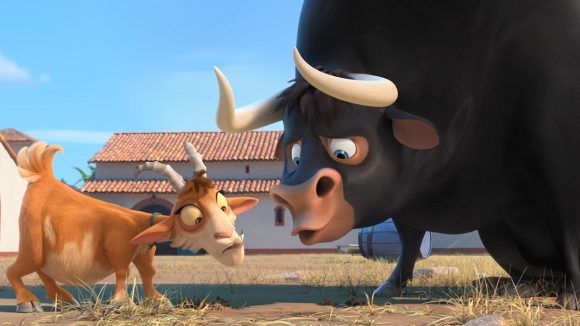 Ferdinand, the 12th offering from Fox and Blue Sky Studios, launched second place in the United States with an estimated $13.3 million.

Ferdinand’s unimpressive debut couldn’t have come at a worse time for Blue Sky, whose future will hang in the balance when the Disney-Fox deal is finalized. It is, in fact, the weakest opening ever for Blue Sky, the Greenwich, Connecticut studio which released its first film, Ice Age, in 2002. Its prior weakest-debut had been Ice Age: Collision Course, the fifth film in its most successful franchise, which opened with $21.4 million last year.

Ferdinand’s weak performance could partly be attributed to launching against the latest Star Wars film, which grossed an estimated $220 million, however, that doesn’t fully account for the slow box office. Disney-Pixar’s Coco, by comparison, didn’t suffer at all from Star Wars, and grossed nearly as much as Ferdinand this weekend (around $10 million) despite being in its fourth frame.

In the U.S., Coco reached the $150 million milestone this weekend. With $297.4m from the international box office – including a significant $156m from China – the film’s global box office stands at $448.2m.

GKIDS also launched Birdboy: The Forgotten Children in four U.S. theaters this weekend, picking up $5,684. We will publish an interview shortly with Pedro Rivero and Alberto Vázquez, the directors of the Goya-winning Spanish animated feature currently in contention for an Academy Award nomination.