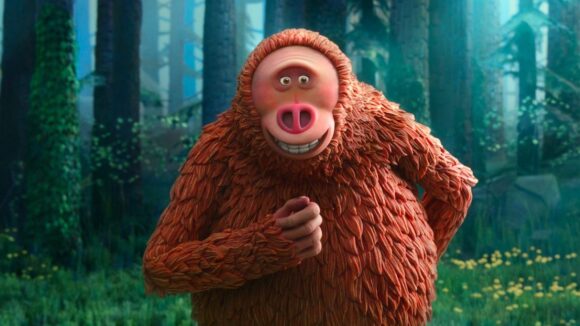 Laika’s Sasquatch adventure Missing Link opened in theaters on April 12 to disappointing box office results, but despite its underwhelming debut the movie has surprisingly remained steady on weekend two.

On opening weekend, the Chris Butler-directed Missing Link played in 3,413 theaters across the U.S., grossing just $5.9 million, far below the $8-12 million mark that analysts had projected. Given those dismal numbers, it seemed unlikely things could get better for the stop-motion/cg hybrid feature.

Nevertheless, on its second weekend, distributor United Artists Releasing actually added theaters for Missing Link rather than losing screens. The movie gained 24 screens, pushing its total to 3,437 screens. The film also made more money on its second Friday in theaters ($1.79 million) than on its opening day ($1.61 million), a boost likely due to the Good Friday holiday.

The total gross for its second weekend was $4.3 million, a slim 26.5% drop. The film even managed to move up one spot on the U.S. box office charts, from ninth to eighth place. To date the movie has grossed $12.9 million at the U.S. box office and will end up as Laika’s lowest-grossing film to date; the previous low was Kubo and the Two Strings, which grossed $48 million.)

Notably, Missing Link outgrossed Hellboy, also on its second weekend. The reboot of the devilish anti-hero franchise only grossed $3.8 million, which represents a 67.8% drop from the $12 million it made on opening weekend. Reviews here likely played an important role. Missing Link has plenty of critical praise and positive word of mouth on social media, while Hellboy has been universally panned.

In other box office news, Disney’s live-action reboot of Dumbo, albeit still with an animated star, finally reached $100 million on its fourth weekend of release. The $170-million Tim Burton production has grossed $101.2 million domestically with an additional $206.7 million internationally for $308 million worldwide, a disappointing tally for the Disney tentpole.

Next weekend Disney-Marvel’s Avengers: Endgame hits theaters, which will surely upend the box office for all other films. Up next in animated feature releases is Uglydolls on May 3 via STX Entertainment.