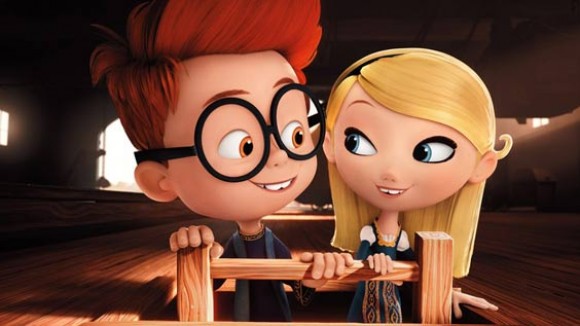 The DreamWorks feature Mr. Peabody & Sherman, directed by Rob Minkoff, opened in the United States this weekend with an estimated $32.5 million. The film settled for second place behind 300: Rise of An Empire.

As DreamWorks Animation has aggressively expanded into YouTube channels and series production, its core product—animated features—have suffered from lack of audience interest. Peabody’s $30M+ debut can be attributed in large part to the massive advertising effort supporting the film since the film had very little organic audience buzz. Its box office numbers promise to fade quickly when Muppets Most Wanted opens in two weeks.

Between 2007 and 2011, 8 out of 10 DreamWorks CG films opened above $40 million in the U.S. Since that time, only 2 out of its 5 films have opened above $40 million. The average global gross of its four films prior to Peabody have been around $70 million less than the films that DreamWorks released between 2007 and 2011. The studio will score a much needed hit with How to Train Your Dragon 2, and will shift back into safer territory next year with franchise favorites like Penguins of Madagascar and Kung Fu Panda 3.

Hayao Miyazaki’s The Wind Rises grossed $871,000 from 496 theaters, upping its domestic total to $3.3M. Its per-theater average of $1,756 was less than Frozen’s per-theater average of $1,813 in its fifteenth weekend. The reality is that Americans, outside of an animation-savvy crowd, don’t care (or know how) to process animation that contains mature subject matter. The Wind Rises was the top-grossing film in Japan last year, live-action or animated. Its disproportionately weak U.S. performance says more about how animation is perceived in America than the quality of Miyazaki’s filmmaking.