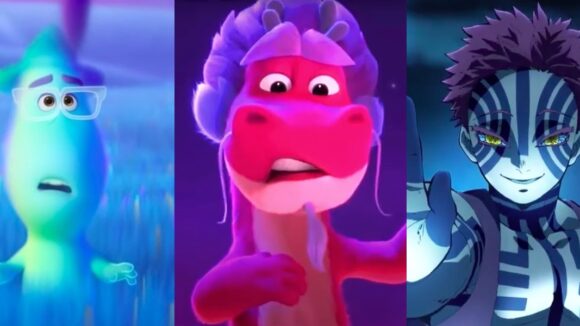 With theatrical exhibition across much of North America and Europe still severely disrupted, we’ll take our good box-office news where we can get it. Luckily for us, this weekend saw animated films perform very well in several major markets.

Pixar’s Soul topped the weekend’s international box office with $10.4 million, playing in 13 markets where Disney+ isn’t available. It debuted at the top of the charts in South Korea ($3.5 million) and Russia ($3.3 million). In South Korea, of all the foreign titles that have debuted in the pandemic, only Tenet managed a better opening.

Pete Docter’s feature has now grossed $71.2 million in those 13 markets. The lion’s share comes from China, where its cume stands at $48.2 million after five weekends. Once it passes $51.5 million, it will have overtaken The Incredibles 2 to become Pixar’s second-highest-grossing film in the country (behind Coco and its remarkable $189 million haul).

Chinese audiences have also been receptive to Wish Dragon, a first-of-its-kind co-production between Sony Pictures Animation and various Chinese companies (including Base Animation, which animated the film). The film came in fourth for the second weekend running, taking $3.4 million for a total of $14.1 million, according to Entgroup. For comparison: Netflix’s Over the Moon, another U.S.-China co-production with a China-set story, opened to a mere $582,000 in October.

Animation continues to dominate the box office in Japan, where Demon Slayer: Kimetsu no Yaiba the Movie: Mugen Train has reclaimed the top spot for two straight weekends after briefly dropping to #2. The film, which follows on from the manga and anime series of the same name, is now estimated to have crossed $350 million in the country, where it is the highest-grossing release of all time.

Gintama: The Final, another manga spin-off, held on at #2, according to Kogyo Tsushin. The film is estimated to have crossed one billion yen (USD$9.6 million) in 16 days, reaching the milestone more quickly than any previous film in the franchise. Another four local animated features sat in the Japanese top ten this weekend: Poupelle of Chimney Town (#3), Pokémon the Movie: Secrets of the Jungle (#5), Natsume’s Book of Friends: The Waking Rock and the Strange Visitor (#7), and Stand By Me Doraemon 2 (#8).