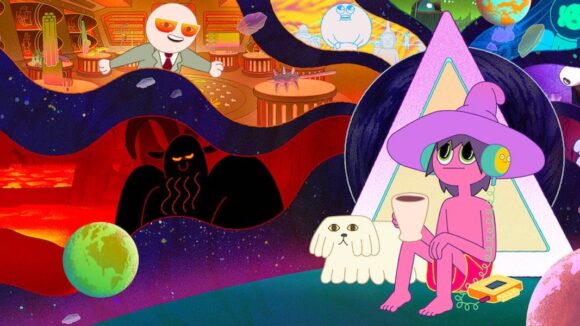 This time last year, with Disney+ and Apple TV+ new on the market and HBO Max and Peacock gearing up to launch, all talk was of an imminent streaming war. Instead, 2020 turned into one big streaming win.

The benefit of lockdowns to streaming services has been well documented, but new analysis by The Wall Street Journal puts numbers on a striking fact: rather than competing for subscribers, all major streamers have grown in the pandemic.

In the U.S., the largest streaming services are expected to have finished 2020 with over 50% more combined subscribers than a year previously, according to the paper’s analysis of data from market-research firms MoffettNathanson LLC and HarrisX. Between Q4 2019 and Q4 2020, the number of subscriptions rose from 170.3 million to an estimated 256.7 million.

“Instead of a streaming war, there’s been streaming coexistence and parallel growth,” said Dritan Nesho, HarrisX’s chief executive. A big exception is Quibi, the service from Dreamworks Animation founder Jeffrey Katzenberg which launched and collapsed within the year. The Wall Street Journal notes that some subscriptions to the major streamers came through free trials and may not be renewed. With the roll-out of vaccines expected to ease the pandemic before long, there are also questions about how long this streaming boom can continue. Market leader Netflix saw its subscriber growth tail off in Q3 last year, missing several targets.

The Wall Street Journal’s own research suggests that the U.S. streaming market is not quite yet saturated. In a November 2019 survey it conducted with the Harris Poll, the paper found that Americans are willing to spend an average of $44 monthly on streaming video and subscribe to an average of 3.6 services.

As things stand, U.S. households subscribe to 3.1 services on average, according to Kagan (a media research group within S&P Global Market Intelligence). That is below 3.6 — but closing in. With a sense of déjà vu, we ask again: are the streaming wars about to begin?