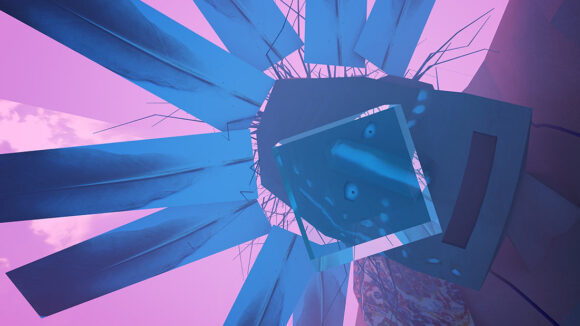 Germany’s Nemetschek Group has acquired complete ownership of Maxon, the Friedrichsdorf, Germany-based maker of the popular 3d software Cinema 4D, used in the production of films like Nikita Diakur’s festival hit Ugly (pictured above). Nemetschek had already been a majority owner of the company, with a 70% stake, and has now expanded to a 100% stake.

The three original founders of Maxon, who had held the other 30% and served as managing directors, are retiring from the company, however they will continue to be available in an advisory capacity during the transitional period.

David McGavran, a 20-year-veteran of Adobe, will take over as CEO of Maxon. At Adobe, he had most recently served as director of engineering — professional audio and video.

Maxon co-founder Harald Egel, CEO and managing director, said in a statement, “32 years ago, the three of us founded Maxon and we managed to establish it as one of the world’s most successful companies in the 3D market with constant growth and success over the years. Now the time has come to hand over the reins to another, newer generation and we are happy to have found a worthy successor in David McGavran who will continue Maxon’s success story in the coming years. At the same time, we would like to express our thanks to all those who have given us outstanding support over the years and have placed their trust in us.”

Another co-founder, Paul Babb, tweeted out his support, stating that the company’s goals and focus have not changed:

Our goals and focus have not changed, and will not change any time soon. The new CEO has years of experience in Motion Graphics. The key takeaway? Retaining 100% ownership means it's easier for Nemetschek to invest in @maxon3d

Nemetschek has confirmed that media and entertainment will remain the key focus at Maxon, however, it will also look at new growth opportunities for the application of Cinema 4D in augmented reality and virtual reality. Additionally, Maxon will try to take advantage of its parent company’s core markets in the AEC (architecture, engineering, construction) industries.

“In the market for visualization in the media and AEC industries, we see great potential for growth and want to make stronger use of this,” said Patrik Heider, CFOO of the Nemetschek Group. “We are very happy that we have gained an extremely skilled and internationally experienced leadership personality with David McGavran. I’m convinced that with the new structure the future growth of Maxon is secured.”