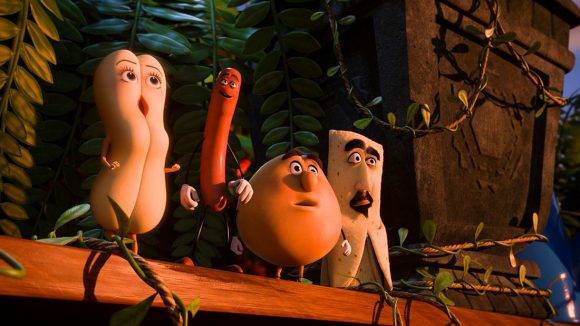 Terms of the transaction, which was finalized on March 1, have not been disclosed. It marks the second Vancouver studio that Cinesite has acquired recently; the company also brought Image Engine under its management in July 2015. Together, the two companies give Cinesite the capacity to create both visual effects and feature animation in Vancouver.

Cinesite and Nitrogen have pledged to work together in the coming months to “develop a clear strategy to fast-track the Vancouver facility into the Cinesite Studios brand.”

“We have known the folks at Cinesite for a long time and have admired what they have achieved over the past few years,” said Nitrogen principal Nicole Stinn. “When the opportunity presented for us to make our home with them, we knew it was right for all our stakeholders, staff, customers, suppliers and collaborators.”

Nitrogen was founded in 2003 by the husband-and-wife team of Greg Tiernan and Nicole Stinn. Employing 70 creative and production staff, Nitrogen is currently animating the second season of Dreamworks/Netflix’s Trollhunters. The studio has also signed on to animate Arkie, a feature based on Nathan Jurevicius’s Scarygirl brand.

Cinesite, for its part, has also been expanding in eastern Canada where it has opened a production facility in Montreal. The studio is currently developing different feature film ideas, including a reboot of comedy icon Harold Lloyd and a Riverdance-inspired idea.

“As one of the largest independent studio brands producing visual effects and animation, this acquisition delivers to our group the same capacity in Vancouver that we already have in Montreal, both for VFX and feature animation,” said Antony Hunt, group CEO of Cinesite Studios Group. “This allows our customers to invest their production dollars in the two best locations for filmmaking in North America. The opportunity to work with the creative team and crew at Nitrogen allows us to expand our storytelling capabilities, with established creative talent who are ready for new challenges.…We look forward to collaborating with them to serve our customers and of course on our own content.”