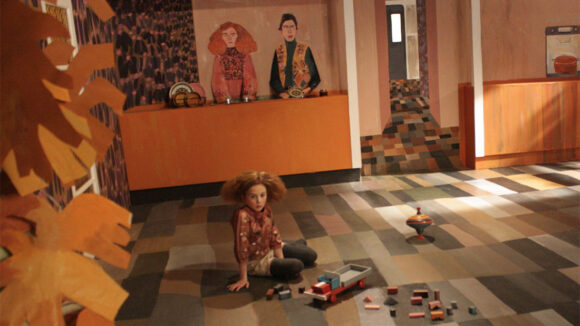 “When the dad next-door walks out, five-year-old Toby discovers that parents leave. As the shock hits, the entire room catapults skywards, morphs in mid-air and lands as a different space. The rooms keep pace with Toby’s volatile emotions as home life spirals out of control in the divorce boom of the 1970s and 80s. Forty years on, kaleidoscopic scraps of memory still cling to the walls; and Toby clings to these fragments, trying to piece together the full story.”

Read about the making of Daisy Jacobs’s earlier film, The Bigger Picture.