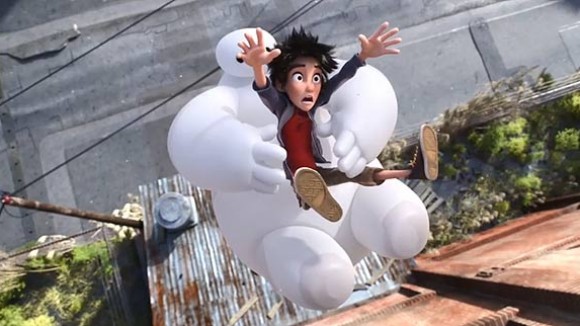 Today, Disney released the first full trailer for Big Hero 6, the studio’s follow-up to Frozen. Like the teaser released a couple months ago, the new trailer pushes the boy-and-his-inflatable-robot buddy angle, which co-director Don Hall has described as “the emotional heart of the movie.” Directed by Hall and Chris Williams, Big Hero 6 will be released on November 7, 2014.