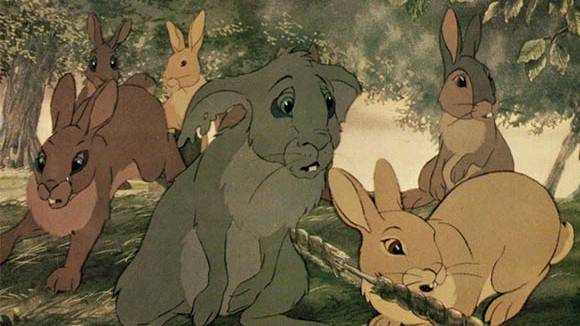 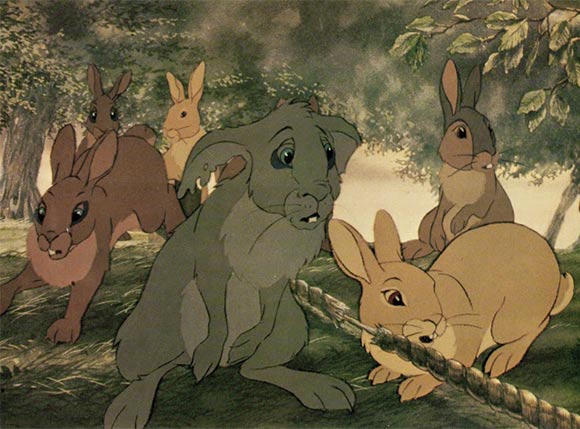 A CGI adaptation of Watership Down is in the works, Radio Times reported today.

A new script, based on Richard Adams’s 1972 children’s book about the rabbits of Sandleford warren searching for a new home, is in the early stages of development with the BBC.

SEE ALSO: Mrs. Frisby and the Rats of NIMH To Be Turned Into Live-Action/CGI Franchise by Ice Age’s Michael Berg

The story has been previously adapted into a 1978 animated film, directed by Martin Rosen, featuring the voices of Richard Briers as the timid rabbit Fiver, John Hurt as his bright older brother Hazel, as well as Harry Andrews, Simon Cadell, Nigel Hawthorne, Roy Kinnear and Zero Mostel.

“People love the 1978 film,” an unnamed source told Radio Times, “but with new CGI technology we can do amazing things–you can see the wind blowing the fur which you didn’t get with the cartoon film.” Not to mention the new possibilies to show flowing rivers of realistic bunny blood:

“With new CGI technology we can do amazing things–you can see the wind blowing the fur which you didn’t get with the cartoon film.”

In a separate article, Radio Times questioned the need to use aforesaid CGI technology to inflict the trauma of Adams’s picaresque tale on another “unsuspecting generation” of children. “Can you listen to Art Garfunkel’s ‘Bright Eyes’ without feeling the onset of bloody bunny death induced shakes?” asked Sarah Doran, going on to admit that it “was never fully marketed as a children’s film”.

The 1978 Watership Down film was, in fact, declared “suitable for all ages” by the British Board of Film Classification, who declared that “[w]hilst the film may move children emotionally during the film’s duration, it could not seriously trouble them once the spell of the story is broken.” The BBFC has since said that it had “received complaints about the suitability of Watership Down … almost every year since its classification.”

More recently, Watership Down was turned into a more neutered animated television series, produced by Rosen, that ran from 1999 to 2001.