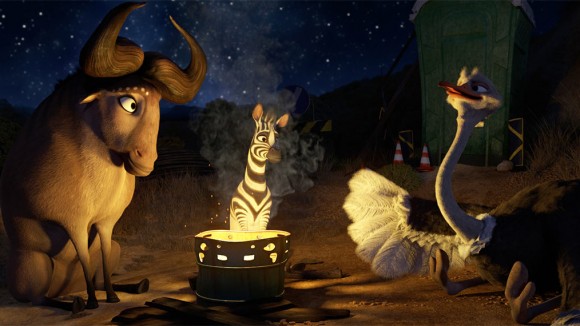 With the success of feature films like Adventures in Zambezia and Khumba, South Africa’s Triggerfish Animation Studios is on the rise. And its pan-African profile should grow after the recently announced launch of Triggerfish Story Lab, a $3.5 million initiative between Cape Town-based Triggerfish, South Africa’s Department of Trade and Industry, and the Walt Disney Company.

“It’s great to finally be able to announce it, as it’s been a long time coming,” Triggerfish head of development and studio partner Anthony Silverston told Cartoon Brew.

“The main goal of the Story Lab is to identify and partner with talented writers and directors from across Africa who haven’t had this kind of opportunity before,” he explained via email. “Triggerfish would like to go into production on one feature film per year and to expand into episodic series, so this initiative will help us to draw on the pool of talent that already exists and work with them to help give voice to the many African stories that are waiting to be told.”

Silverston pointed to the support of South Africa’s local government as a catalyst for unlocking much-needed development resources that are difficult to come by in animation. Partnering with Disney is a no-brainer, especially for animators looking to actually get their films into theaters.

“The mentorship from Disney means that we can help guide what is usually a long and difficult process of developing animated properties to the point where they are ready for the global market,” Silverston explained.

Story Lab will receive its cool millions over three years, as it searches for the next generation of African directors and writers seeking to compound the success of Triggerfish’s Zambezia and Khumba features, which were dubbed in over 27 languages and screened in over 150 countries.

An all-star panel of Disney and Triggerfish development execs and artists, crowned by Aardman co-founder Peter Lord, will evaluate entries, which must be received by August 31 from African citizens or permanent residents aged 21 and older. Other panelists will include Lion King co-screenwriter Jonathan Roberts, South African storyteller and activist Gcina Mhlope, and comedian David Kau.

Selected participants land weeks of workshops (at both Triggerfish’s studio and the Disney lot in Burbank), mentoring, and financial support, as well as a relationship with the William Morris Endeavor agency. If a creator’s film is selected for feature production, the creator will receive R1 million (approximately US$80,000).

“We are honored to have attached such a high-profile panel of local and international experts to help us evaluate the top projects,” said Silverston. “People like Jonathan Roberts, who we worked with on Khumba, and now Peter Lord. These are the creators of movies we grew up watching, so it’s incredible to be able to draw on their experience.”

“I’m honored and delighted to be a small part of the Triggerfish Animation Development project,” Lord said in a statement. “Feature-length animation is a wonderful medium for storytelling — compact, entertaining, intense and at its best, incredibly inclusive. I believe also that it’s vitally important for every country and culture to tell its own stories. Much as we may enjoy Hollywood storytelling, it is not the only way; there are so many different stories to be told, and so many voices demanding to be heard. I look forward very much to immersing myself in authentic African storytelling.”

On the issue of authenticity, Silverston is open-minded about what the Story Lab is and isn’t looking for, especially for a global audience. But he is definitely leaning toward filmmakers who are willing to tell their individual stories, at least at the feature level, with the help of their computers.

“We’re looking for original, entertaining, character-driven stories that will appeal to a universal market,” he said. “They do not all have to be set in Africa, or feature talking animals. But the feature films should be in CG, although we’re open to either CG or 2D for the episodic series.”

“With our feature films, I think we have shown that animated stories for a global audience can come from anywhere in the world,” Silverston added. “The barrier to entry is no longer the technical side of animation. Now it is the quality of the stories, and that’s where we all still have a lot to learn.”

For African directors and writers who wish to participate in the Story Lab program, submission details can be found here.