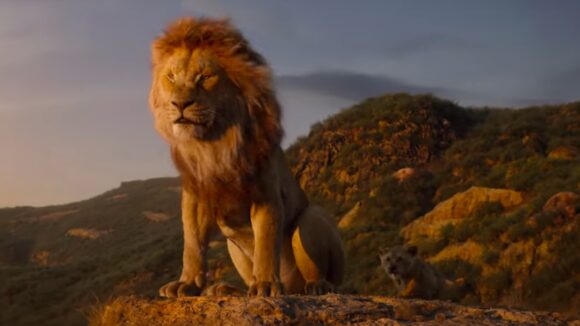 Having taken $1.66 billion worldwide, Disney’s 2019 remake of The Lion King reigns as the highest-grossing animated film of all time. But now a challenger for the throne approaches: a sequel, no less.

Walt Disney Studios is producing a follow-up to the cg animation film, using the same photo-realistic approach. Barry Jenkins, whose live-action drama Moonlight won him an Oscar in 2017, is directing. While details of the plot are scarce, Deadline, which broke the news of the sequel, reports that “the story will further explore the mythology of the characters, including Mufasa’s origin story.”

Jenkins said, “Helping my sister raise two young boys during the 1990s, I grew up with these characters. Having the opportunity to work with Disney on expanding this magnificent tale of friendship, love, and legacy while furthering my work chronicling the lives and souls of folk within the African diaspora is a dream come true.”

Jeff Nathanson, the screenwriter of the 2019 film, is writing this one too; he has reportedly completed an initial draft of script. Adele Romanski and Mark Ceryak, Jenkins’ colleagues at their production company Pastel, are expected to produce. No details of the cast have been announced.

On the one hand, a Disney follow-up to a remake of one of its own films feels doubly derivative. This predecessors in this category — 102 Dalmatians, Alice Through the Looking Glass, and Maleficent: Mistress of Evil — aren’t exactly inspiring.

On the other, the Lion King sequel’s original story creates scope for real invention, especially compared with the 2019 film, which was almost a shot-for-shot remake of the 1994 animated version. That film spawned numerous spin-offs including The Lion King 1½, an origin story for comic sidekicks Timon and Pumbaa — but nothing yet on Mufasa’s past.

Moreover, Disney has secured a considerable talent in Jenkins, whose films to date have all received high praise (Moonlight took the Oscar for Best Picture while his last last film, If Beale Street Could Talk, earned him Oscar and BAFTA nominations for adapted screenplay). We’re curious to see how much creative freedom he’s given, and where he and his team take this story. Though, to be honest, we’ll be happy as long as they acknowledge what animation is.