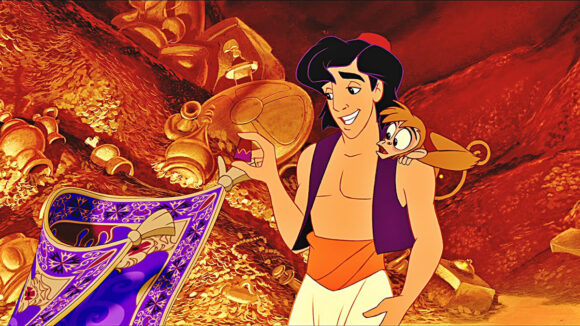 In a push to provide exclusive content and battle competitors like Netflix and Amazon, the Walt Disney Company’s upcoming streaming service, Disney+, will house their entire catalog including titles that have been out of fans’ reach for years.

During the company’s 2019 annual meeting of shareholders held on Thursday in St. Louis, Missouri, CEO Bog Iger confirmed Disney+ will launch later this year combining original and library content. No specific date was given.

In response to a question asking about the library of Disney’s older films, Iger explained that “at some point, fairly soon after launch, [Disney+] will house the entire Disney motion picture library, so the movies…that have traditionally been kept in a vault and have been brought out basically every few years will be on the service.”

The so-called “Disney Vault” includes some the studio’s most beloved animated properties including The Little Mermaid, Pinocchio, Aladdin, and The Lion King. The films are re-released every few years onto home video, a system that that generates interest and sales by creating artificial scarcity.

There is no real reason to make these movies unavailable other than to maximize profits when they do come out of the ‘vault.’ Ironically, many of the vault title’s direct-to-video sequels can be viewed through other services even if the original is nowhere to be found (unless of course you already have a physical copy).

Although live-action/cg hybrid versions of Aladdin and The Lion King, and a sequel to Maleficent, will all hit theaters this year, the animated films on which they are based are currently not available for purchase or rental in the U.S. through any legitimate means other than used copies from resellers.

If Disney+ is effectively ending the vault policy by making all of these titles perpetually available for users at a relatively low price, what does this mean for the company’s home entertainment business? Will they still put out dvd and Blu-Ray versions of their films or will they be phased out in order to increase the exclusivity of their new service?

Additionally, Disney previously announced plans to produce original live-action content for its streaming platform based on characters from its Marvel, Pixar, and Star Wars brands, which could serve as a big draw for the upcoming venture. Iger promised more information regarding Disney+ will be revealed at the company’s investor day on April 11.