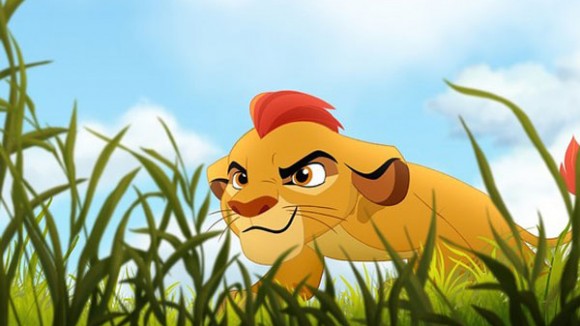 A sequel series to The Lion King and its two direct-to-video sequels, The Lion Guard follows the second child of Simba and Nala, Kion, who assembles an assortment of jungle animals to protect the Pride Lands.

The idea was conceived a couple years ago when Disney CEO Robert Iger suggested Disney Junior come up with something that could correlate with the 20th anniversary of The Lion King. Kanter points out that tying new content into the company’s “heritage” has proven successful with shows like Jake and the Never Land Pirates and Sofia the First, whose main character is taught by the fairies from Sleeping Beauty.

The story will premiere as a TV movie in fall of 2015 before going to series the following year on Disney Channel and Disney Junior. While Timon, Pumbaa, Rafiki, Zazu, and Mufasa are set to make appearances, the show will feature an all-new cast of characters that include “Fuli, a confident cheetah; Beshte, a happy-go-lucky hippo; Ono, an intellectual egret; and Bunga, a fearless honey badger,” who may or may not give a crap.