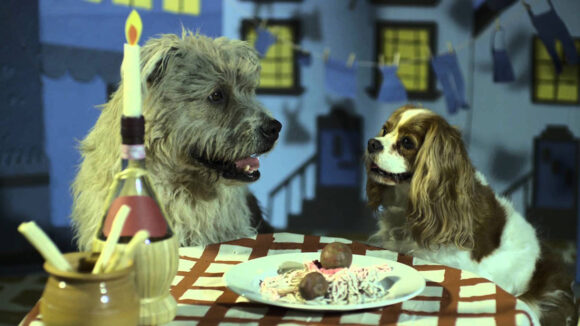 Details are emerging about Disney’s new streaming service, slated to launch in late 2019.

The service will include original movies, original series, and a lot of library content. Currently, at least nine features are in production or advanced development, according to a NY Times report, with films in the $20-60 million range.

Among those films are hybrid remakes of Walt-era classics Lady and the Tramp and Sword in the Stone. Industry veteran Charlie Bean (The Ren & Stimpy Show, Dexter’s Lab, and most recently, director of the Tron: Uprising series and The Lego Ninjago Movie) is helming the Lady and the Tramp remake.

On the series side, Disney will produce a new series based on Pixar’s Monsters, Inc. franchise, as well as a new season of Star Wars: The Clone Wars. Series are budgeted are in the $25-35 million range, according to NYT, though it’s not clear if that budget range is for live-action series, animated shows, or both.

Much remains unknown at this point, like whether Disney will include Blue Sky animated features on its service. Disney will own them after its buyout of 21st Century Fox is completed, so it remains a possibility. Adult-oriented Fox shows like The Simpsons and Family Guy are expected to remain on Hulu, in which Disney will own a majority stake after the Fox deal is wrapped.

Disney anticipates incorporating content from all of its brands into the new service, including Jim Henson’s The Muppets, Pixar, Marvel, Lucasfilm, and National Geographic, the latter of which will also come to Disney through the Fox purchase. Old Disney movies and over 5,000 episodes of Disney television shows will fill out the service’s offerings.

Pricing will initially be lower than Netflix, which means under $10 a month, reflecting the smaller amount of content that Disney will have at launch. “We don’t have to be in the absolute volume game,” Disney CEO Bob Iger said on an earnings call this week. “It’s not as though the cupboard will be bare.… But it takes time to build the kind of content library that we intend to build.”

Iger also said that there was no plan to merge or bundle together this new service with Hulu or its sports streaming service ESPN+. “We don’t really want to go to market with an aggregation play that replicates the multi-channel environment that exists today,” he said. “We feel consumers are more interested in making decisions on their own in terms of what kind of packages they want.”

Disney exec Ricky Strauss is in charge of the new streaming service, as president of content and marketing. He has no background in creative content production, shifting into the role from Walt Disney Studios, where he was president of marketing.