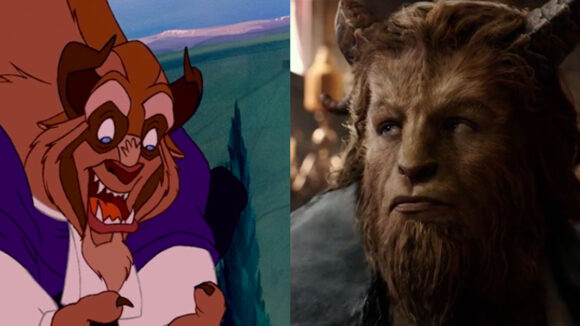 Disney’s live-action remakes of their vintage animated titles have their fans and detractors. You can place Kirk Wise and Gary Trousdale, two stars of the studio’s 1990s heyday, in the latter camp. Although credited as creative consultants on 2017’s Beauty and the Beast, an update of their 1991 classic, they struggle to see the point in the film.

Asked by Collider for their thoughts on the remakes, the directors aren’t exactly effusive. Wise begins by acknowledging the honor to have been involved in “movies that have had so much longevity and have created so much affection.” Then he says, “Sometimes I’ve found myself saying, ‘Well, just go watch the old one.'”

Trousdale concurs: “My completely objective and non-varnished opinion is that the animated ones are better anyway — every single one of them. But that’s just me.” To which Wise adds, “It’s not just you.” Their comments are striking because, as far as we know, other directors of the originals haven’t criticized the remakes so openly. (Linda Woolverton, the screenwriter on the animated Beauty and the Beast, did have some qualms with the remake.)

The 53-minute interview with Collider is worth watching in full, not least because we don’t hear often from the pair nowadays. Wise and Trousdale discuss their career at Disney, focusing on the development of their three features: Beauty and the Beast, The Hunchback of Notre Dame, and Atlantis: The Lost Empire. (A remake of Hunchback is in the works, but not of Atlantis — as far as the directors know.)

In a wide-ranging discussion that’s studded with anecdotes and pearls of industry wisdom, we hear about the directors’ misses as well as their hits. Wise recalls them being kicked off the story team for The Rescuers Down Under amid a disagreement over the removal of an Aboriginal character. They reminisce about being attached to a feature they describe as “Orpheus and Eurydice with whales.” We learn also that Meat Loaf was almost cast as Quasimodo in Hunchback.

Finally, Wise drops a few thoughts on his ill-fated film Galaxy Gas, the sizzle reel for which Cartoon Brew exclusively premiered in April.