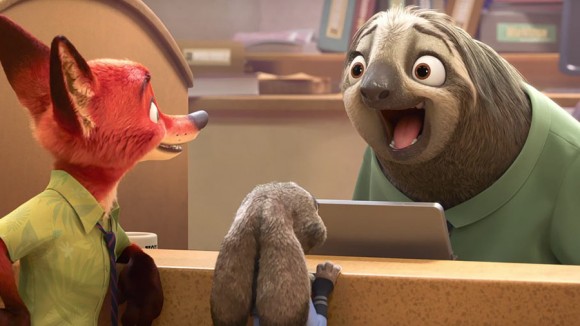 Walt Disney Animation Studios released a new trailer this morning for Zootopia, which marks the first significant release of footage from the film since the teaser last June.

Applying the same strategy it did for Frozen and Big Hero 6, the new Zootopia trailer is essentially one long clip that familiarizes viewers with the two leads—Nick Wild and Judy Hopps—as they interact with Flash, who is voiced by Disney story artist (and co-director of one of the finest Fleischer tributes) Raymond Persi.

The funniest bit of animation in the new trailer, the sloth reaction shot below, was animated by Darrin Butters: