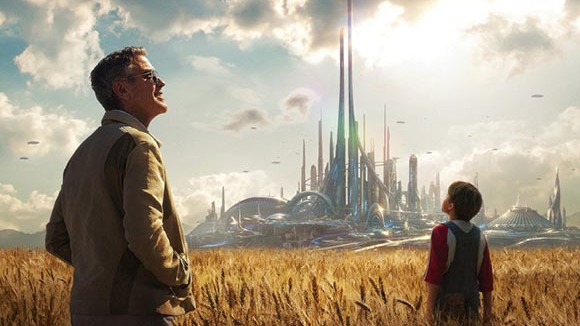 Brad Bird’s optimistic but uneven Tomorrowland could lose between $120-$140 million by the time its global run has ended. But, whatever. Live-action cinema’s loss is animation’s gain, as Bird moves back to The Incredibles — and further down the line, maybe even a hand-drawn feature film.

Tomorrowland, which cost $330 million in production and marketing, will likely become Disney’s biggest money-loser since Gore Verbinski’s The Lone Ranger took a $190 mil­lion write-down in 2013. The Hollywood Reporter noted that Tomorrowland is the year’s third mega-budget bust after Jupiter Ascending and Seventh Son — although unlike those other films, Tomorrowland had strong built-in name recognition, given that it takes it name from a themed section of the Disneyland theme park.

Which brings us to Bird’s possible next move, a sequel to The Incredibles, which he teased, aptly enough, during the press rollout for the faltering Tomorrowland. (Tom Cruise and Simon Pegg can take that gun off Brad’s head now.) Building an unbeatable franchise out of that world-beating Pixar animated classic makes perfect sense, and dollars, for Disney — which under the reign of CEO Bob Iger has focused on franchising more or less everything the corporation owns or has purchased, including Marvel and Lucasfilm.

Bird’s not alone in his possible abandonment of risky live-action originals for the more comfortable environs of franchise animation. Andrew Stanton’s also-faltering live-action epic John Carter ended up costing Disney a $200 million write-down, propelling its Pixar-based standout back into the director’s chair of Finding Nemo’s sequel, Finding Dory, due next June.

But the ultimate lesson of Tomorrowland’s collapse may not be franchising fallbacks or even financial flops, but how none of that really matters when a massive corporation like Disney becomes blessed with a talent possessing a singular vision. “When a guy like [Bird] comes to you with an original idea, and Clooney is part of the package, you’ll take the swing,” the Hollywood Reporter quoted a rival studio executive.