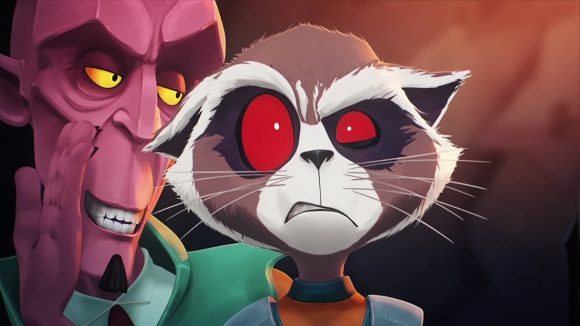 Twelve shorts were made for the series. They follow Rocket and Groot as they try to figure out how to get enough credits to buy a new ship after their old one breaks down. A compilation of all the shorts will premiere on Disney XD at 7:00am ET/PT on April 10.

The shorts are directed by Arnaud Delord, who is best known for creating game cinematics with his creative partner Jérôme Combe under the moniker Arnaud & Jerome, and written by Chris “Doc” Wyatt and Kevin Burke. Executive producers are Cara Speller, Alan Fine, Dan Buckley, Joe Quesada, and Cort Lane, and co-executive producers are Stephen Wacker and Stan Lee.

French directors Ugo Bienvenu and Kevin Manach are working on a similar series of Ant-Man shorts for Disney-Marvel, also being produced by Passion.