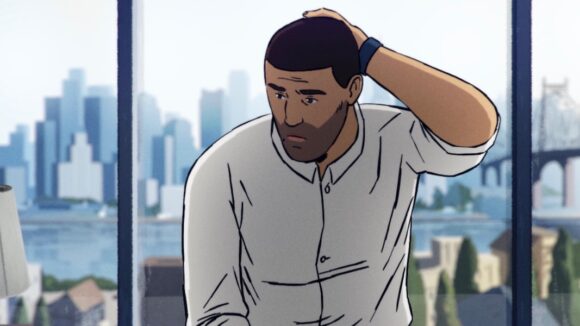 Here’s something that doesn’t happen very often: an animated feature has built up major buzz and found a buyer at Sundance. Neon has picked up North American rights to Flee, Jonas Poher Rasmussen’s documentary about a refugee, for an undisclosed seven-figure sum (which according to Variety was right around a million dollars).

The film tells the story of Amin Nawabi (a pseudonym), who fled from Afghanistan to Denmark as a child. He has found happiness in the country as an adult, but a secret he’s been keeping for decades threatens to ruin his life. Nawabi co-wrote the film with Rasmussen (who has previously made live-action and hybrid documentaries).

Flee was one of the four animated features selected at Cannes last year. At Sundance, it debuted on opening night in the World Documentary Competition and has received strong reviews.

Neon’s catalogue skews toward arthouse titles and prestige award contenders, and includes many international titles. The company distributed Parasite, which won the Oscar for best picture last year. Flee is its first animated film. No release date has been announced.

Here’s what the critics have to say:

FLEE is extraordinary. An animated documentary about being a refugee/migrant that hit me hard. As someone who left his homeland without parents or siblings, I was so moved by its honesty. It has gorgeous animation to boot. A standout of #Sundance2021 already. Review coming soon. pic.twitter.com/lF4nqDwzbY

Here's my review of Flee. Good use of animation and cleverly highlights the way refugees can get "stuck" physically and psychologically in the way to their intended destination #Sundance https://t.co/OqHQaKRa69