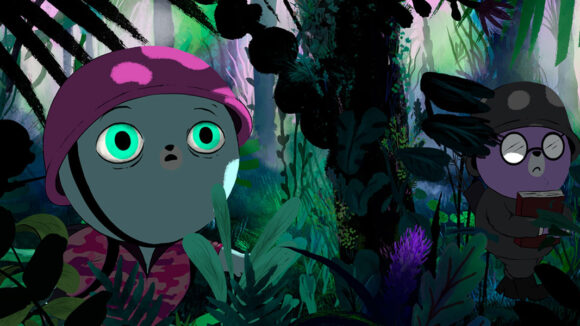 Cartoon Movie, the prestigious pitching and co-production forum for European animated features, announced the line-up today for its 20th edition, taking place in Bordeaux, France from March 7 through 9.

Sixty long-form animation projects will be presented at the upcoming event. The films presented are in various stages of the production cycle, from concept (21 films) and development (26 films) through production (6 films) and fully-completed projects (7 films).

The projects this year originate from 22 countries, led by France with 18 projects, then Germany (7), Spain (5), Denmark (3), and Belgium, Czech Republic, Italy, Netherlands, and Poland with two apiece. Additionally, two projects from South Korea and one project from Canada will be presented as part of the Cartoon Movie’s collaboration with its sister events, Cartoon Connection Canada and Cartoon Connection Asia.

Forty-eight out of the sixty projects selected (80%) are family and children’s films, while the remainder target young adults and adults. The spotlighted country this year is Spain, which has eight total projects (five that are completely Spanish and three that are co-productions).

Cartoon Movie, which drew over 800 attendees last year, is an important event in the pan-European animation scene. Since the event’s founding in 1999, over 300 films pitched at Cartoon Movie, with a total budget of 2 billion euros, have secured financing and distribution.

In the weeks to come, Cartoon Brew will take a deeper look at specific projects being presented this year at the forum. To see all the projects that’ll be pitched this year, head over to the Cartoon Movie website.

(Image at top: A piece of development art from “Unicorn Wars,” a Spanish/French animated feature directed by Alberto Vazquez that is currently in development.)