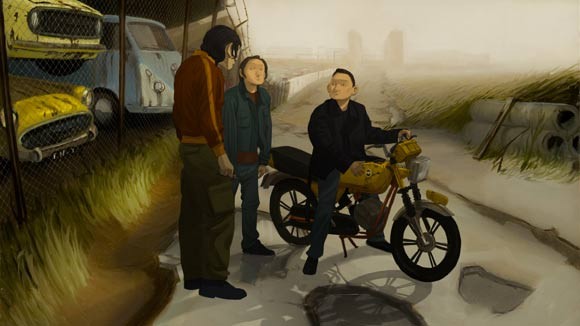 West Coast residents are in luck: if you can’t make it to an international animation film festival, the festival is coming to you. Last week, the Amsterdam-based animation festival KLIK! presented multiple screenings in Los Angeles. This week, they’re taking the show to San Francisco, followed by a stop in Portland.

They will present multiple programs in each city: “Dutch Delights,” which presents recent work from the Netherlands; “Midnight Madness,” a collection of strange international shorts; and “Best of KLIK!” highlighting shorts that have been presented at the festival since its inception in 2007.

Screenings will take place in San Francisco between May 28-30, and in Portland between June 1-3. Dutch filmmakers Joost Lieuwma (director of Leaving Home, Things You’d Better Not Mix Up), Mathijs Stegink (animator and Midnight Madness host) and Tünde Vollenbroek (producer and KLIK!s programming director) will appear at every screening. A full list of film titles, screening dates and locations can be found on the KLIK! website.