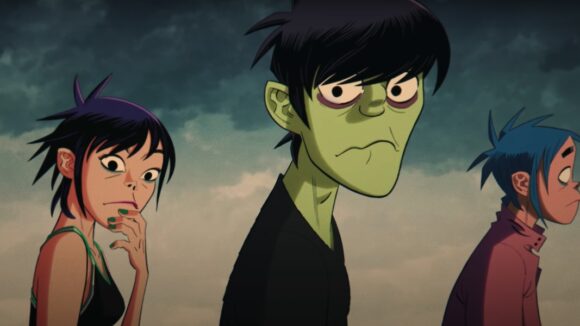 Mooted many times over the years, the plan to make a Gorillaz film is now on — and it’s happening at Netflix.

Damon Albarn said so on an Apple Music podcast: “I’m at Netflix because we’re making a full-length Gorillaz film with Netflix … It’s something we’ve been wanting to do for a very long time.”

He added, “But Netflix, I don’t know. Apart from them kind of running this city now, I mean — it’s just extraordinary to see how ubiquitous they are now. They just seem like they’re a good creative team, you know?”

“I’m in LA because we’re making a full-length @gorillaz film with Netflix. We’re having a writing session in Malibu this afternoon…” 👀 pic.twitter.com/Q1bRcMyz2s

Albarn teased the project back in October 2020. “We signed contracts, we’ve begun scripts and stuff,” he told Radio.com’s New Arrivals show at the time. “Making an animated film that’s kind of abstract is quite a big risk for a movie studio because they’re very expensive.”

He continued, “I see a lot of people doing animated videos these days but I don’t think they really touch the quality of ours. We’re more in the world of Studio Ghibli.”

Gorillaz, the creative vehicle for singer-songwriter Albarn and artist Jamie Hewlett, lends itself to a film spin-off, given its emphasis on visual presentation and multimedia experimentation.

A pioneering virtual band, it is made up of fictional animated musicians who have appeared in live onstage projections, commercials, and many music videos, the most recent of which have been released as “episodes” in the web series Song Machine. Hewlett’s characters, who have appeared in both 2d and cg animation, have had a huge influence on character design in animated films and shows, video games, and comics.

Albarn gave no more details of the film project, which Netflix has not officially announced.

Image at top: “The Lost Chord,” from “Song Machine” 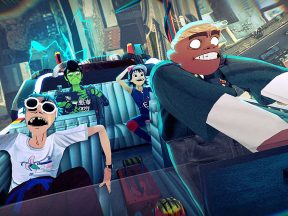