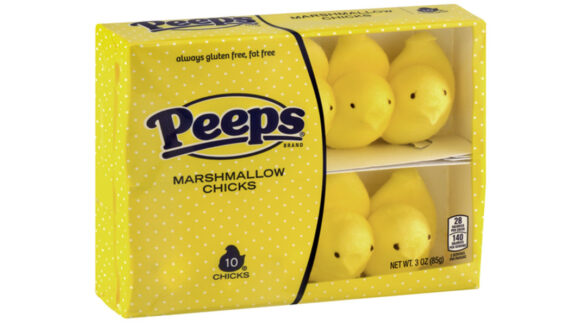 The marshmallow candy Peeps is getting the animated feature treatment. Christine and Mark Holder of Wonder Street acquired the film and tv rights and are producing. David Goldblum is writing the script and producing alongside Wonder Street.

The feature described as being in the spirit of Trolls-meets-Smurfs, following a ragtag group of Peeps who set out on a cross-country journey to attend the celebration Peepsfest in Pennsylvania. Bethlehem, PA is where the company Just Born Inc. produces the candy, as well as a growing line of Peeps-related merchandise.

Keith Domalewski, Just Born’s director of marketing and consumer engagement, said: “Peeps Chicks and Bunnies have been ingrained in American pop culture for nearly seven decades due to their instantly recognizable shapes and fan-favorite marshmallow taste, making them the perfect characters to bring to life on the big screen… We hope the new Peeps film spreads sweetness to families across the country and provides inspiration for fans to express their ‘Peepsonality’ in new ways.”

This marks both Goldblum’s and Wonder Street’s first forays into animation. Goldblum, who is repped by Wonder Street and attorney Eric Feig, has several book-to-film adaptations in development, as well as producing a feature Meryl Streep is executive producing. Wonder Street’s most recent project is producing on the film The Mauritanian which recently won a Golden Globe.

Peeps follows in the footsteps of several other brands adapting their main IP into an animated feature, often with varying levels of success: Ugly Dolls, Trolls, The Lego Movie franchise, and Playmobil: The Movie to name a few.