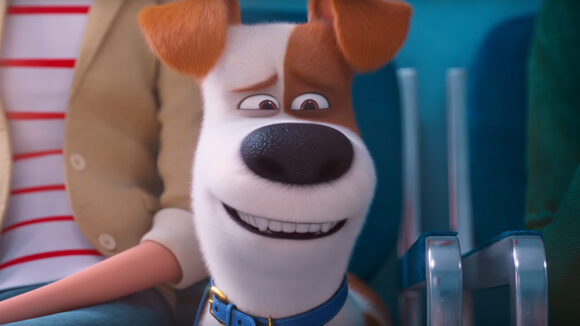 Illumination’s The Secret Life of Pets 2 was supposed to be a fairly straightforward sequel to the studio’s hit 2016 film about household pets.

But last year, there was an intriguing twist: the voice of the lead character, the Jack Russell terrier Max, was switched out. Originally performed by Louis C.K., the comedian lost the role in late 2017 after sordid details emerged about his harassment of women and abuse of power. Another comic-turned-actor Patton Oswalt has now replaced him, and the results can be seen in the first teaser for the film, released yesterday.

The replacement of C.K. with Oswalt has turned The Secret Life of Pets 2 into an inadvertently fascinating experiment, namely: can an animation studio replace its star voice between films and still score a hit?

We think the answer is a resounding yes. While much is made of celebrity voice actors and their importance to animation projects, few big-name celebrities actually deliver performances that could be classified as iconic or irreplacable. No doubt, sometimes the celebrities are essential, and their vocal performance helps to shape the conception and creation of an animated character. But just as often, they are window dressing, useful only for the marketing value they bring to a project.

Furthermore, the bigger portion — 58% — of the original film’s $875 million global gross came from foreign markets, and the majority of people who saw the film in those markets likely never heard Louis C.K. in the role, since animated films are often released dubbed with local celebrities in foreign territories.

But the clearest indicator that the sequel can withstand the replacement of its lead voice is to simply look at the first film. Though hardly groundbreaking, the first film was effortlessly enjoyable,and as any animation producer can tell you, achieving that kind of easy charm is a huge challenge in filmmaking. It requires a team of true experts to pull off well. In the case of the original film, it was director Chris Renaud, writer Brian Lynch, and the production work of studio Illumination Mac Guff. It should be noted that all of those key players are back in the same roles for the new film.

They’re supported on Pets 2 by other experienced hands: the animation director is Patrick Delage (who had that role on another Illumination hit, Sing) and the production designer is Colin Stimpson (who was art director on both the original Pets and the studio’s about-to-be-released The Grinch).

And then there’s the franchise’s character designer Eric Guillon, whose contributions are priceless. It’s always a bit risky to single out an individual for making a film successful, but it’s pretty clear by this point that Guillon was a major part of the original film’s success, not to mention the overall success of Illumination. The studio itself seems to recognize that too; in 2019, Illumination will release a richly-deserved coffeetable art book cataloging Guillon’s work, which is possibly the first time a studio has devoted an art of book to a single artist.

So, come June 7, 2019, when Universal Pictures releases The Secret Life of Pets 2 in U.S. theaters, we’ll be watching closely, not just because the first film was fun to watch, but also to see whether Illumination’s unintentional experiment with celebrity voice actor replacement will have any impact on the film’s box office success.

For the record, Chris Meledandri and Janet Healy are producing the film.