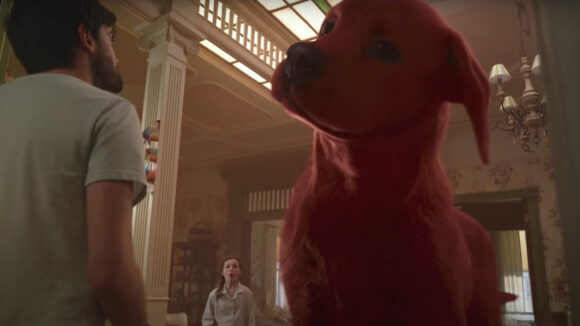 When the first-look teaser of Clifford the Big Red Dog came out in November, the cg pooch’s appearance drew mockery from people on social media, who seemed troubled by the fact that he looked like, well, a big red dog.

They’re going to have to live with it: in the film’s first trailer, which Paramount released today, the character looks essentially unchanged. We now see him in his context, running amok through New York while the live-action cast recoils in fear and bewilderment. Watch the trailer below:

Created by Norman Bridwell, the character has been a children’s lit staple since 1963. He has starred in a number of 2d-animated series that aired on PBS, starting in 2000. This is his first hybrid incarnation and second theatrical outing, after 2004’s Clifford’s Really Big Movie (which grossed $3.3 million worldwide).

Paramount will release the film theatrically on September 17.