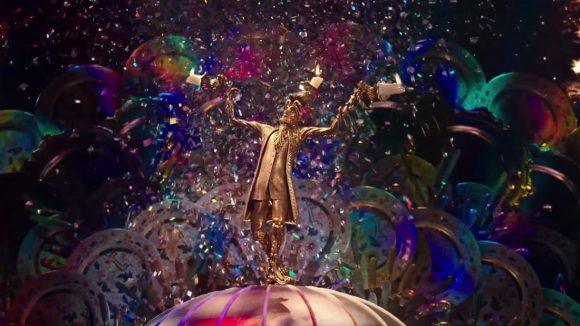 Disney released a final trailer today for its live-action remake of Beauty and the Beast. Directed by Bill Condon, the film, which is based on a public domain fairytale, will open in U.S. theaters on March 17.

The studio is promoting the film on Facebook with the tagline, “Rediscover a tale as old as time,” but “a tale as long as time” might be even more appropriate. The length of the new film has been padded out by nearly 40 minutes, expanding from a disciplined 84 minutes for the original to 123 minutes for the upcoming edition. Last year’s Jungle Book remake was similarly fluffed up by around half an hour.

The trailer, which summarizes the plot of the original animated version, doesn’t reveal the new scenes and songs that have most likely been added to justify the extra 40 minutes, but if the additions to The Jungle Book were any indication, it’s hard to improve on something that already works.

Then again, Disney isn’t revamping its entire library as a fussy exercise for adults to compare and contrast versions. Rather, the studio hopes that young children who’ve had little to no exposure to the animated films will embrace these cg/vfx-driven updates as the definitive Disney versions. It’s a savvy marketing trick: parents and kids can bond over the same set of characters and stories, even if they experienced different versions of the films as children.

The cg character animation and visual effects in Beauty and the Beast is being handled by a variety of studios including Digital Domain, Framestore, Method Studios, and Lola Visual Effects.