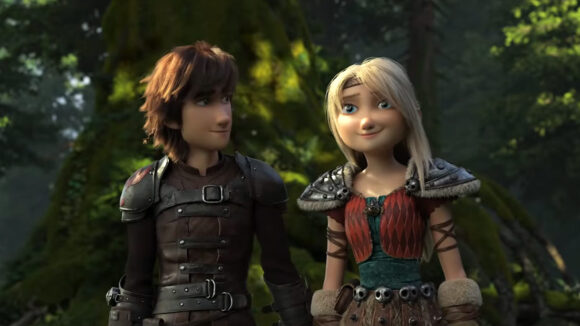 Universal Pictures released a new full trailer today for How to Train Your Dragon: The Hidden World, the finale of the film series based on Cressida Cowell’s books.

The trailer sets up what promises to be an emotional ending for the characters. Director Dean BeBlois alluded to this in a recent interview, saying, “We thought about it for a long time and came up with what we think is a bittersweet way to say goodbye to these characters, but the right way.”

But before you watch the trailer, take heed of DeBlois’ tweet posted earlier today:

Check out our new trailer. Unless you don’t want to know any more. In which case, by all means, avoid it 🙂 https://t.co/ngiepqM2Lk

If you’re ready to proceed, here’s the trailer:

The synopsis from Dreamworks Animation:

Now chief and ruler of Berk alongside Astrid, Hiccup has created a gloriously chaotic dragon utopia. When the sudden appearance of female Light Fury coincides with the darkest threat their village has ever faced, Hiccup and Toothless must leave the only home they’ve known and journey to a hidden world thought only to exist in myth. As their true destines are revealed, dragon and rider will fight together—to the very ends of the Earth—to protect everything they’ve grown to treasure.