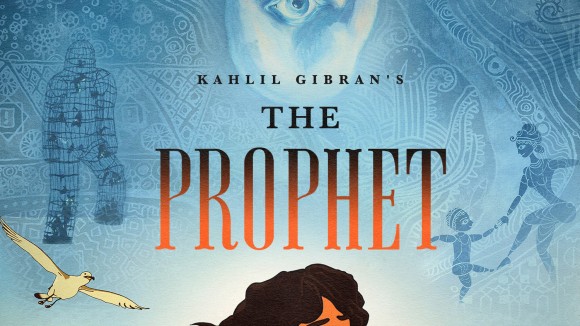 The hotly anticipated Kahlil Gibran’s The Prophet opens in New York and Los Angeles on August 7 as a GKIDS release, but a lucky few will get to see it in France next Monday when it screens as the opening night film of the Annecy animation festival.

Gibran’s prose poetry is brought to the screen via the distinct styles of nine different animation directors, among them Tomm Moore, Nina Paley, Joan Gratz, and Michal Socha. The Lion King helmer Roger Allers oversaw the production and directed the wraparound sequences that frame the poetic interludes.

A passion project of actress Salma Hayek, she was responsible not only for getting the film financed and produced, but also leads an all-star voice cast that also includes Liam Neeson, Quvenzhané Wallis, John Krasinski, Frank Langella, and Alfred Molina. Its August release in NY and LA will be followed by a nationwide theatrical expansion.