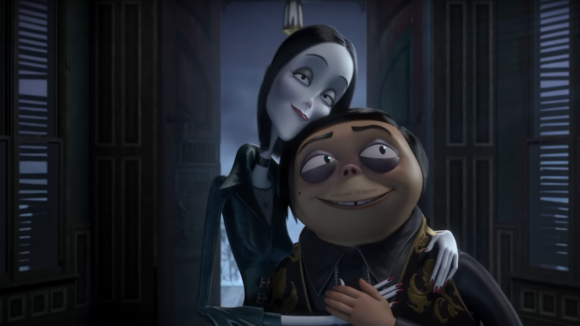 Last week MGM released the official poster for its upcoming The Addams Family animated feature, and today the studio premiered the first teaser for the film.

It starts with a sequence that portrays variations of almost-stick figure families, before moving on to a family that’s “more different than others,” with Morticia (Charlize Theron) and Gomez (Oscar Isaac) Addams entering their monstrous home. Wednesday (Chloë Grace Moretz), Puglsey (Finn Wolfhard), and Uncle Fester (Nick Kroll) also make appearances in their new cg iterations, which take their inspiration from Charles Addams’ original print cartoons. The international trailer doesn’t use the stick figure intro and is arguably more impressive for dropping us straight into the morbid world of the Addams family.

The Halloween-bound film is directed by Sausage Party’s Conrad Vernon and Greg Tiernan, and is being animated in Vancouver by Cinesite Studios.