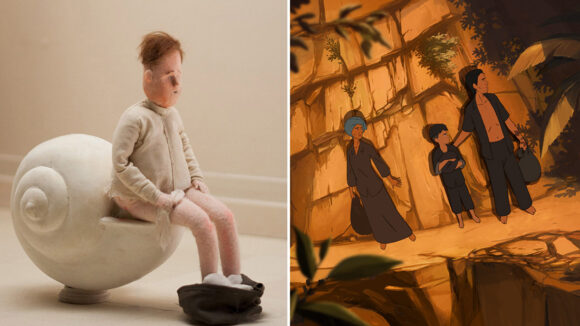 GKIDS has acquired U.S. distribution rights to two features that use animation to tell mature and challenging stories based on historical events: the stop-motion production This Magnificent Cake! and the hand-drawn 2d film Funan.

The Belgian-led production This Magnificent Cake! (Ce magnifique Gâteau!) will release theatrically in Los Angeles on March 1, 2019. Directed by Emma de Swaef and Marc James Roels, the mid-length feature is currently nominated for an Annie Award in the category of Best Independent Animated Feature.

This Magnificent Cake! is set in the bitter milieu of Belgium-occupied Congo in the late 19th century and casts a critical gaze on the European colonists. It has had a strong festival run, playing as an official selection at Cannes Directors’ Fortnight, Toronto International Film Festival, Telluride Film Festival, and Animation Is Film Festival, in addition to winning the Andre Martin Award at Annecy and the top feature animation prize at Ottawa.

“This Magnificent Cake! is like nothing I have ever seen before,” said David Jesteadt, GKIDS president. “It is a triumph of filmmaking and craftsmanship, to tell a story of such power and nuance through detailed stop-motion animation. As a critical examination of a dark legacy whose effects are still being felt today, this is a timely and provocative film that has already sparked conversations at film festivals around the globe.”

On Monday, Cartoon Brew published a video interview with the filmmakers:

GKIDS also announced rights to Denis Do’s Funan, which it will release in the U.S. sometime this spring.

Based on his own family’s story, Funan follows Chou, a young woman living in the chaos of 1975 Cambodia, amid the arrival of the brutal Khmer Rouge regime. When she and her husband are separated from their 4-year-old son during a forced exile from their home, she navigates her new reality, working in the fields day and night under the careful watch of soldiers, and surviving the small indignities and harrowing realities of the increasingly grim work camps. Throughout Chou remains determined to reunite her family – even if it means risking everything.

Funan, a co-production between Belgium, Cambodia, France, and Luxembourg, won top prizes at Annecy and the Animation is Film Festival. GKIDS has not yet released an English-language trailer, but the original French trailer is below: