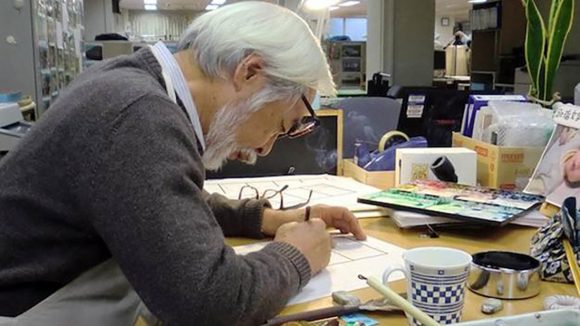 The legendary Japanese animation director Hayao Miyazaki, who has produced his country’s top-three-grossing homegrown films of all-time—Spirited Away, Howl’s Moving Castle, and Princess Mononoke—wants to un-retire and make another feature film.

Miyazaki’s retirement from feature animation is a bit of a running gag; he has often announced retirement after completing a film. In September 2013, he made a formal announcement at a press conference attended by over 600 journalists. Still, even with that event’s sense of finality, many didn’t actually believe Miyazaki was finished with feature films—and they may have been right. 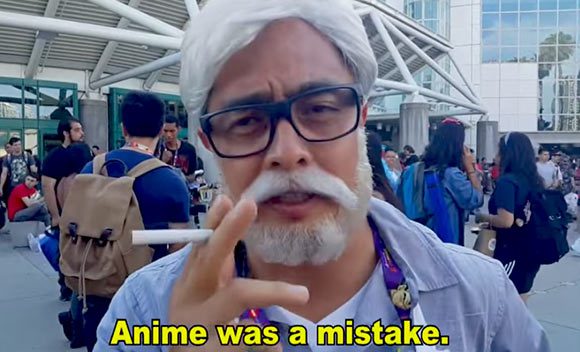 The news of Miyazaki’s pending return to feature film was the subject of an entire NHK TV special that aired in Japan on Sunday: Owaranai Hito Miyazaki Hayao (The Man Who Is Not Done: Hayao Miyazaki). In the show, Miyazaki not only discussed his current project—a 12-minute CG animated short Kemushi no Boro (Boro the Caterpillar) that will debut at the Ghibli Museum in 2017—but floated plans for a follow-up feature film.

Miyazaki, who turns 76 years old in January, pitched the project to Ghibli producer Toshio Suzuki in August, and believes he can have it finished by 2020, if not earlier. He is already preparing storyboards for the film. The studio hasn’t officially committed to the project, but it’s hard to imagine Studio Ghibli will fail to accommodate Miyazaki, considering that he’s one of the owners.

Miyazaki’s last feature film, The Wind Rises, was 2013’s highest-grossing film in Japan, won the Japan Academy Prizes’s Animation of the Year, and was nominated for an Academy Award for best animated feature.