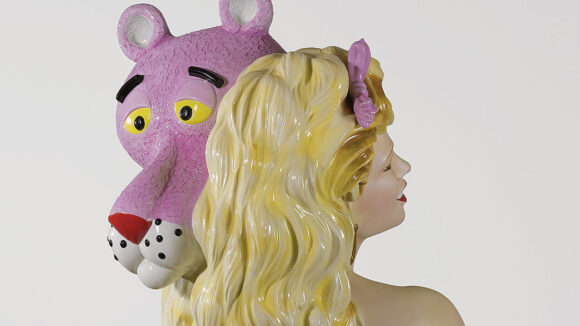 The Pink Panther is the next classic cartoon character in line to get a cg makeover. MGM has relaunched its plan to produce a hybrid feature starring the cat.

Jeff Fowler will direct, fresh from the helming another major live action/cg adaptation: Sonic the Hedgehog. That film took a tidy $319 million globally, despite initial controversy over the titular character’s design, and remains the fourth-highest-grossing film of 2020.

MGM first announced the project in 2014, with long-time Simpsons producer David Silverman attached to direct. At the time, it was reported that the reboot would focus on the cat, rather than the franchise’s famously inept detective Inspector Clouseau. That incarnation of the film never left the development stage.

The comic sleuth franchise began with 1963’s The Pink Panther. The film was produced by Walter Mirisch’s The Mirisch Company, and directed and co-written by Blake Edwards, who went on to direct eight Pink Panther features in all. In these live-action films, “the pink panther” generally refers to a priceless pink diamond.

The panther was embodied as an animated pink cat for the 1963 film’s opening sequence. This character was developed by Edwards, Friz Freleng, John Dunn, and Hawley Pratt, with DePatie–Freleng Enterprises producing the animation. It was a hit, spawning a long-running spin-off series of theatrical and tv shorts. The first of these, 1964’s The Pink Phink, won an Oscar for best animated short. Yet until now, the panther has never starred in its own feature.

Popular the world over, the legacy of the iconic Pink Panther has endured for more than 50 years and continues to be discovered by new generations. We are so happy to come together with Jeff, Chris, Larry, Julie, Dan, Jonathan, Walter, and Ryan to bring one of MGM’s most well-loved franchise back to the big screen and in a way audience have never seen before.