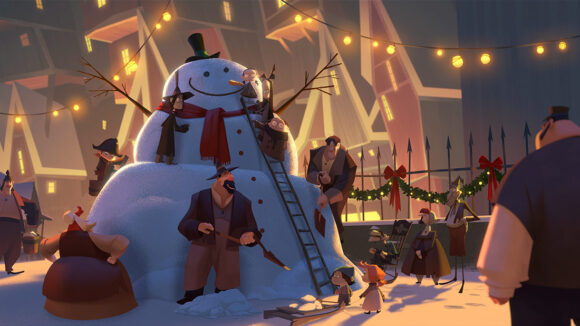 Netflix has released a trailer for its first original animated feature, Klaus, which opens in select U.S. theaters on November 8 and launches on the streaming platform Nov. 15.

Directed by Sergio Pablos, who also developed the original Despicable Me film, Klaus is a rarity for a U.S. producer – a hand-drawn film. Pablos is himself a respected animator who has handled such characters as Tantor in Disney’s Tarzan and Dr. Doppler in Treasure Planet. His goal hasn’t been to simply bring back 2d animation, but to push the craft forward, and Klaus’s distinct look is achieved via an innovative lighting and rendering pipeline that is applied to the drawn animation. We’ll have more coverage about how the film was made in the coming months.