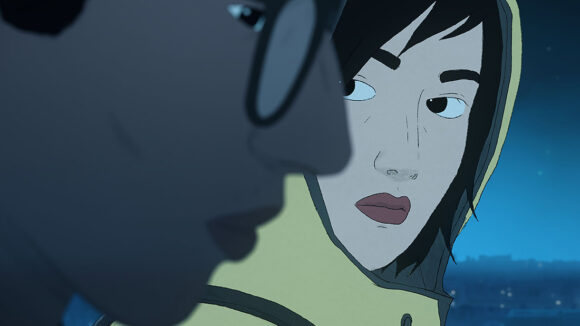 Netflix will mark its entry into theatrical feature animation this November with the release of two highly anticipated films: Jeremy Clapin’s I Lost My Body and Sergio Pablos’s Klaus. The two animated works are part of a larger slate of 10 films that Netflix will release theatrically this fall in time for awards season.

Clapin’s I Lost My Body (J’ai Perdu Mon Corps), about a severed hand’s quest to return to its body, has already proven itself on the festival circuit: it won the the grand prize against a slate of live-action films at Cannes Critics’ Week last May, followed by the Cristal for Best Animated Feature and the Audience Award Première at Annecy. Netflix acquired the film after its success at Cannes.

I Lost My Body will debut in U.S. theaters on November 15 (and in U.K. theaters on November 22), followed by its Netflix launch in most territories on November 29. Marking the feature-length directorial debut of Clapin, I Lost My Body is one of the most polished and original auteur statements in recent animated cinema, showcasing the work of a filmmaker who is in complete command of his craft. There may be other features that come out this year that are its equal, but I can say with confidence that there will be no better animated feature in 2019. It’s among the rare echelon of animated films that completely nails it.

The holiday film Klaus will arrive in U.S. and U.K. theaters one week earlier, on November 8, followed by Netflix debut on November 15. It’s Netflix’s first original animated feature and follows a young, lowly Scandinavian postman named Jesper who gets the chance to make his mark when he’s tasked with bringing the postal service to a contentious village in the cold north, where he meets a mysterious, white-bearded toymaker named Klaus.

Anticipation is high for the film – it marks the feature directorial debut of the highly regarded animator Sergio Pablos, and pushes hand-drawn animation in a new direction with its unique approach to volumetric lighting of characters.

There is no indication yet of how extensive the theatrical releases will be for either film, but it is expected to be wider than just Los Angeles and New York. Their continued availability on Netflix throughout awards season gives the films unprecedented visibility for animation not produced by one of the Hollywood majors.