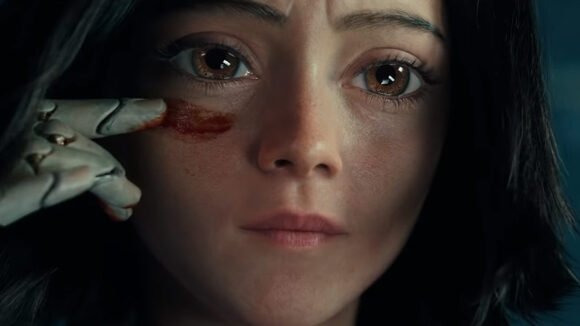 Fox has released another look at Robert Rodriguez’s hybrid film Alita: Battle Angel, which it has pushed back from a December release date to February 14, 2019.

While the film is based on an existing property — Yukito Kishiro’s manga Gunnm — it didn’t stand a chance in its former December slot, where it would have been released in a crowded week against the high-profile releases of Aquaman, Mary Poppins Returns, and Bumblebee.

The film will have a better shot of finding an audience next February — and it will need to find a big one considering that its production cost has been reported to be around $180-200 million.

Its key innovation is the title character of Alita, an amnesiac female cyborg who is a 100%-animated character (created with the aid of motion capture). The character is the work of Weta Digital, who leads the visual effects and animation on Alita, with the additional involvement of Double Negative and Framestore.

Alita is produced by James Cameron and Jon Landau, and co-written by Cameron, Rodriguez, and Laeta Kalogridis.

When Alita awakens with no memory of who she is in a future world she does not recognize, she is taken in by Ido, a compassionate doctor who realizes that somewhere in this abandoned cyborg shell is the heart and soul of a young woman with an extraordinary past. As Alita learns to navigate her new life and the treacherous streets of Iron City, Ido tries to shield her from her mysterious history while her street-smart new friend Hugo offers instead to help trigger her memories. But it is only when the deadly and corrupt forces that run the city come after Alita that she discovers a clue to her past – she has unique fighting abilities that those in power will stop at nothing to control. If she can stay out of their grasp, she could be the key to saving her friends, her family, and the world she’s grown to love.