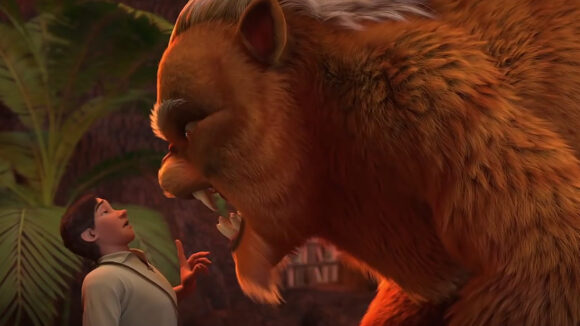 The Ukrainian film The Stolen Princess, which earlier this year broke that country’s all-time box office record for highest-grossing locally-produced film, is getting a release in Indian theaters.

That may not sound too important, but it’s actually notable, because almost every foreign animated film released in India is an American studio production. Some Indian media is, in fact, reporting that Stolen Princess marks the first non-Hollywood animated feature to receive a wide release in that country.

The Stolen Princess, loosely based on the 19th century fairytale Ruslan and Ludmila by Alexander Pushkin, was directed by Oleh Malamuzh and produced by Kiev-based Animagrad Animation Studio, a subsidiary of Film.UA.

Indian film distributor Ultra Media & Entertainment Group will release the film starting tomorrow in Mumbai, Delhi, Uttar Pradesh, Punjab, and Gujarat, followed by a release next Friday in Tamil Nadu, Andhra Pradesh, and Karnataka. The film will be released in English, Hindi, Tamil, and Telugu versions.

“It is very rare to see a non-studio animation movie releasing in India which is at par with a Hollywood studio in terms of animation quality, dubbing and content,” Sushilkumar Agarwal, CEO, Ultra Media & Entertainment Group, told The Hindu. “This is one of the key reasons we decided to acquire the rights for India. We feel the film will resonate well with Indian family audiences because of the universal theme.”

If the film’s technical standards don’t exactly reach American studio standards, keep in mind that the film’s budget was $3.6 million. Pixar’s Coco, by comparison, cost nearly 50x more to produce, with a budget around $175 million.

The Indian perspective on Stolen Princess is generally positive. “There are no epic twists and turns as it’s a classic tale of love conquering all obstacles, but the way the characters are fleshed out and the light humor present throughout the film makes it a fun watch,” says Reza Noorani in his review for Times of India “Made on a lean budget, the film’s animation is rendered refreshingly well; something Indian studios must take note off [sic]. While each frame is not packed with multiple characters and complex graphics, the animation standards are up to the mark.”

Animagrad is currently working on a new feature, Mavka, The Forest Song, which is now scheduled for a 2020 premiere.