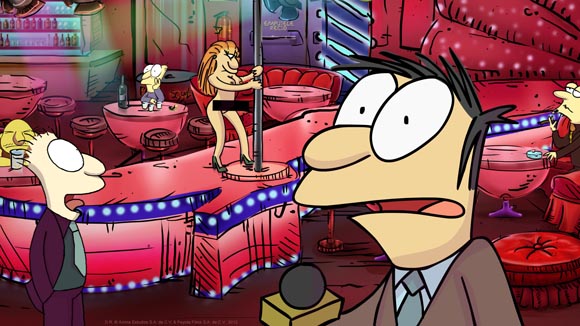 Animators in Mexico don’t appear content to simply copy the predictable, formula-ridden animated features of their American neighbors. The trailer above is for El Santos vs. la Tetona Mendoza (The Saint vs. The Busty Mendoza), which judging by its trailer, is a refreshingly crude, raunchy and cartoony use of hand-drawn animation. Based on a comic by Trino Camacho and José Ignacio Solórzano (aka Jis), and directed by Alejandro Lozano and Andrés Couturier, the film opens on November 30th in Mexico. It was animated by Átomo Films (a subsidiary of Ánima Estudios).