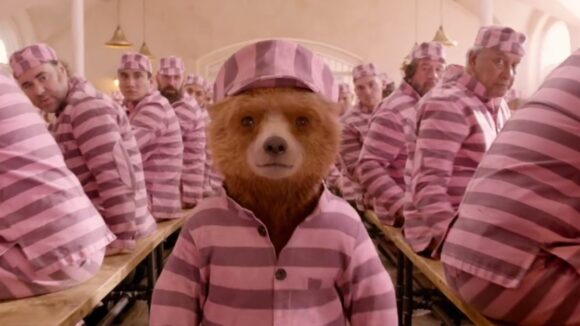 The Weinstein Company is scrambling to unload the live-action/cg hybrid Paddington 2 to another distributor before its January 12 release in the United States.

The company is no longer in a position to release a family film – or any film for that matter – after its founder and former co-chairman Harvey Weinstein was revealed to be an alleged serial sexual predator and rapist.

Add to that the fact that the Weinstein Co. is up to $500 million in debt (according to Variety). One of the Weinstein’s lenders said in a recent lawsuit that the company is “in shambles,” and “exposed to potentially massive liabilities [that] have severely, if not fatally, damaged its standing in the marketplace.”

The Weinstein Co. is expected to file for bankruptcy this week. But before that, they want to sell their U.S. distribution rights to Paddington 2. Studios like Sony and MGM have reportedly expressed interest in picking up the film.

Paddington 2 producer David Heyman has previously gone on the record as saying he hoped, “The Weinstein Company name is nowhere near Paddington 2.”

“It’s very sad and deeply frustrating that Paddington, who’s been around for more than 50 years, and is always looking for the good in people, and has such a generous, warm-hearted spirit could have any association [with Harvey Weinstein].”

The Weinsteins only have domestic rights to the film through their TWC-Dimension label, but were not involved in its production. Paddington 2, like the first one, was financed and produced by French-owned Studiocanal. The first Paddington earned more than $268M worldwide (including $76M in the U.S.), making it the highest-grossing family film ever that was released by a non-Hollywood studio.

Paddington 2 opened in U.K. cinemas last weekend to stellar reviews (100% on Rotten Tomatoes) and shot to the top of the British box office with £8.3 million ($10.9 million). It was the best U.K. opening ever for a Studiocanal-produced film.

According to Deadline, The Weinstein Co. will receive even more than this upfront $30 million payment because they still retain profit participation and involvement in future sequels. Any way you cut it, Harvey Weinstein is going to make money from Paddington Bear.