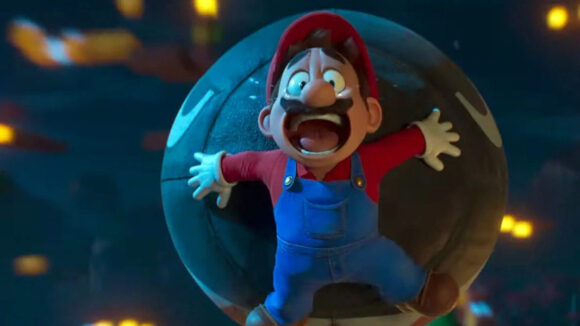 This article was initially published in our members-only newsletter, which is sent out twice a month. To receive future editions of the newsltter, become a Cartoon Brew member here. On to the predictions…

This month, we’ve decided to check our crystal ball and make six bold predictions for 2023. Think of these as a conversation starter for the year to come, and to prepare ourselves for the crazy twists and turns that are surely headed our way in 2023.

Both Cartoon Brew’s editor in chief Jamie Lang and editor at large Amid Amidi contributed to this list, and we’ve indicated who is responsible for which idea with our initials.

1. Mario will become Illumination’s biggest film ever. The Super Mario Bros. Movie will break $1.16 billion at the global box office and become Illumination’s highest-grossing animated feature ever. The studio’s last animated film, Minions: The Rise of Gru, nearly hit $1 billion, grossing $939.6 million worldwide. But as far as IP goes, we’re betting that Mario has more pulling power than Gru. Not only would a $1.16 billion haul be Illumination’s best-ever, but it would also make Mario the most successful video game adaptation film of all time and the first billion-dollar animated film since the pandemic. If this all comes to pass, and probably even if it doesn’t, we’re also ready to make a very unspectacular prediction — that NBCUniversal will have the highest box office earnings of any animation distributor in 2023. —JL

2. A shake-up at Walt Disney Animation Studios is inevitable. On paper, Jennifer Lee sounded like a perfect replacement for the egotistical chauvinist John Lasseter as the creative head of Disney’s legendary animation outfit. She had directed and written the cultural phenomenon Frozen and she could bring a woman’s perspective to a studio that had lacked one for most of its nearly century-long existence. But outside of the joyous Encanto, the films under her supervision – Raya and the Last Dragon, Strange World – are a chore to watch, lacking fun and entertainment, with ham-fisted scripts that recall the worst of the Tom Schumacher/David Stainton eras. With this year’s Wish, Lee will be back in the familiar princess territory where she has excelled, but at some point, CEO Bob Iger will need to initiate a course correction and put someone in charge who understands the possibilities of animation storytelling. —AA

3. Merge! Merge! Merge! Apple buys Disney? Netflix merges with Paramount? Comcast/NBCUniversal joins forces with Warner Bros. Discovery? All of these are actual scenarios that have been suggested by media pundits. No one knows exactly who’s getting into bed with who, but further consolidation in the media space is a certainty as media companies battle for scale and visibility in the streaming wars. Mergers of this sort rarely go smoothly either, as evidenced by Disney’s recent acquisition of 21st Century Fox and Discovery’s purchase of Warnermedia. These mergers further limit choice, increase prices for consumers, and displace creative talent, but to Hollywood’s number-crunchers, none of that matters a wee bit. —AA

4. The VFX industry will finally unionize. The animation industry saw tremendous advancements in collective bargaining in 2022, as featured in our December mid-month newsletter. In 2023, we think that will not only continue, but expand to include the vfx industry. Last year, an endless stream of articles, videos, and social media posts addressed the untenability of the vfx industry as it’s currently operating. The people working in the field have had enough and will demonstrate as much, with many groups of vfx employees voting to unionize in 2023. —JL

5. Streaming shakeout. In 2023, we’ll all pay a lot more for and get less from our streaming platforms. Last year saw a tremendous upheaval in the streaming ecosystem with cancellations, shutdowns, and removal of titles. In 2023, we expect the fallout of that upheaval will hit home even harder. Expect more sequels and reboots, more cheap acquisitions, and lower production values on original programming as streamers shift from competing with one another to competing with their own unsustainable standards set in the industry’s nascent years. —JL

6. AI is here to stay. Betting against technology is a fool’s game. AI is here to stay and it will reshape the animation landscape (as well as all the creative arts) in the years to come. But creative talent shouldn’t be sitting back and watching from afar. Artists need to continually challenge the technologists who are developing AI, they need to get involved and mold the tech so that it benefits them, and they need to legally challenge the tech companies and hold them accountable for every misstep. Ignoring AI is not an option; the artists who successfully embrace this latest era of tech will be the Pixars and Wetas of the future. —AA