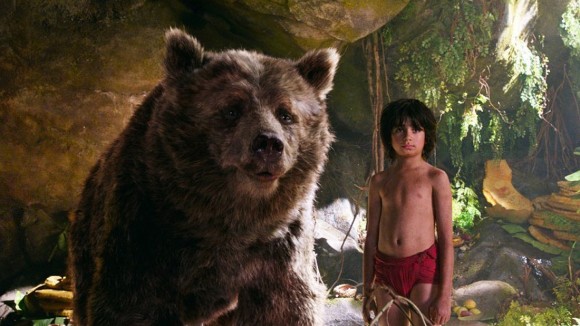 After two straight weeks atop the global box office charts and over $500 million in worldwide gross, Disney’s The Jungle Book is on its way toward becoming one of the studio’s most successful live-action remakes to date.

Visual effects progress happens incrementally, and almost every technology used during the production of The Jungle Book has been used in some other prior Hollywood movie. This is why audiences may not recognize that a truly radical shift has occurred in what they’re seeing on screen, and even though the technologies might be the same, the extent to which they are being used has created a notably different cinematic experience than what has come before.

General audiences who watch The Jungle Book, not to mention most film reviewers, have called it a live-action film — and it’s not an incorrect assessment since the film’s conceit is that wild animals are interacting with a human boy. But this doesn’t alter the fact that, with the exception of said human boy, nearly the entire film is digitally generated.

If that sounds confusing, don’t worry, because the filmmakers aren’t entirely clear on what they’ve made either. Jon Favreau, who directed this mélange of production techniques, has said that one could call the film either animated or live-action because “it would qualify for either.”

In an interview with Animation World Magazine, he elaborated:

You know, every shot is animated. So there is as much animation in this film as there is in every other animated film. I think the aesthetics though shift, because you have a live-action character in the center of it and so it appears to be live-action if we are doing our job right.  And as a result, I think, most people would consider it live-action! But honestly the line is blurring so much between the two, especially with a film like this, you can call it either one.

Favreau embraced an animation director’s mindset from the start, which separates him from many directors of hybrid films who have been reluctant to acknowledge the animated component in their work. “We wanted to begin the process as if we were an animated film, doing all of the things that Pixar or Disney animation would do in preproduction,” he told the Hollywood Reporter. “Then when we got to the point where an animated film would go to layout, we took a left turn and treated it as if it were a motion-capture film [with actors in mocap suits filling in for animals.]”

The film’s vfx supervisor Rob Legato (Titantic, Avatar, Hugo) won’t commit to calling the film either live-action or animated. “I don’t consider this an animated movie,” the respected vfx veteran told Hollywood Reporter. “I consider this just a movie, and this happened to be the best way to make it.”

The way Favreau and Legato are discussing their work represents a huge shift from five years ago when James Cameron, who (with Legato’s help) pioneered numerous virtual production techniques, was unwavering in his view about what kind of film Avatar was. In interviews from the period, Cameron repeatedly insisted that he wasn’t making animation.

Film production techniques have shifted so radically in the last five years, however, that even Cameron is now conceding that he may be moving into animation territory. “You have to think of it more like an animated film,” he told a reporter last month about his upcoming Avatar sequels. “So it’s not really shooting, per se. It’s a lot of performance capture work.”

To look at it another way, The Jungle Book fulfills the Academy of Motion Picture Arts & Sciences’ eligibility requirements for the animated feature category. But that doesn’t mean Disney will be submitting it for the category. In fact, for political reasons, it’s almost a certainty that it won’t be submitted. Neither the Academy, which wants to keep a clear distinction between live-action and animation, nor Disney, which will have three other films in the animation category this year (Zootopia, Finding Dory, Moana), has an incentive to treat Jungle Book as an animated feature.

As a site that reports on animation, however, we think it’s vital to recognize the paradigm shift currently underway in filmmaking. Here’s a couple points to consider. First, the balance in hybrid filmmaking has tipped in favor of digital techniques; there is no way that Jungle Book could have been made as a purely live-action film. In many projects nowadays, animation is no longer a “visual effect” in the film, it is the film.

Second, the way films are labeled affects the development and growth of the industry. Disney’s publicity department has promoted The Jungle Book as a live-action film. (To their credit, both Favreau and Legato have been more nuanced in explaining to the public how they made it.) But when over 2,000 animators and digital artists work on a film — around three times the number of crew who work on even the most complex CG-animated features — you’ve got to call it what it is.

Animation-dominant filmmaking has evolved rapidly in the last decade. How we talk about these films is important, as is acknowledging the vital role of digital artists without whom none of these films would be possible.