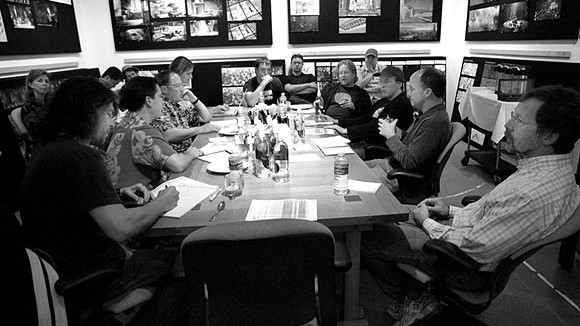 In 2011, Emma Coats, a now-former Pixar story artist, tweeted out a series of twenty-two storytelling tips she’d picked up during her time at Pixar.

The Internet, as is wont to do, misinterpreted Coats’ tips as ‘rules.’ Innumerable major media organizations and blogs republished Coats’ tips as the “22 Rules of Pixar Storytelling,” some even going so far as to illustrate them with stills from Pixar films. The unfortunate effect of this irresponsible distortion was that the average person now believes Coats’ tweets represent some kind of definitive rulebook about Pixar’s storytelling process.

While it may be true that Pixar, in its maturity, has slumped into formulaic story structures and characters relationships, it is still a gross mischaracterization to suggest that all of the studio’s story artists use the same playbook of warmed-over story tips.

Industry veteran Mike Bonifer, a founding producer of the Disney Channel who was instrumental in the classic documentary series Disney Family Album, has written a thoughtful corrective called “Rule #23” that addresses the creative hazards of misreading Coats’ tweets. In his piece, Mike looks at the rules through the prism of a personal friend, Joe Ranft, Pixar’s original head of story who died tragically in a 2005 car crash.

Bonifer writes eloquently about Ranft’s approach to creativity and his refusal to put himself into a box:

When it comes to Joe Ranft, he had more than 22 games or rules, or whatever you call them. It went way, way deeper than that. He was a magician, a card-carrying member at the Magic Castle in Hollywood, so he had sleight of hand games and gestural games. A gifted mimic, he had voice and impersonation games. He had a Tell it Like James Brown Would Sing It game, a Conga Line game, a Sling Blade game, a Fake Teeth game, a Boxcar Children game, he had games for losing weight, games for raising his children, games for what to do with the money he made at Pixar. He had a game for deciding which side of the street he’d walk on. He had a game for appreciating how precious water is. He even had a game whereby he’d take a sabbatical from Pixar every few years to work with his pal, Tim Burton. No one else at Pixar could’ve gotten away with that one. See, he was a rule-breaker, and he had as much game as anyone I’ve ever known. He didn’t call them games, that I know of, although he was a Groundlings alum, and surely would’ve recognized his moves as being games in the improvisation sense. Whatever you call them, they were gifts that made things better in a thousand different ways, it didn’t matter if it was storyboarding on a Pixar film or waiting in a supermarket checkout line. Joe’s participation in it guaranteed it’d be better than it would’ve been if he had not been involved.

Bonifer goes on to suggest a perfect rule #23: “There is always another Rule.” It’s worth your time to read the entire piece, which can be found on Bonifer’s site GameChangers.com.