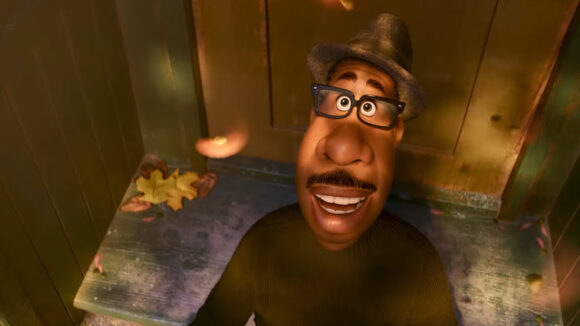 In a new interview, Dana Murray, the producer of Disney-Pixar’s upcoming Soul, has shared new details on how the filmmakers navigated the film’s representation of black characters in the movie despite the project being helmed by a white director, Pete Docter.

Murray explained that the studio didn’t set out to make a film with black characters, but that the characters evolved organically out of the story, and when they decided that the main character was going to be a jazz musician, “it just made sense that Joe was African American.”

She further added, “We’re definitely not trying to tell a story about someone’s experience of being Black, but we wanted to make sure that we were telling a great story about character who is Black. So we hope that it’s a love story, not only to the African-American community, but to New York City.”

The film will notably be Pixar’s first feature to have a black co-director, Kemp Powers, who is also the film’s co-writer. Murray acknowledged that when they first brought Powers in to write the film, “there was never a plan for him to be a co-director.” She went on to explain how he became co-director:

But with how much he was contributing to the story and characters, he quickly became such a partner. We wanted to make sure we were being truthful and authentic with our African-American cast, and he played a huge part in that.

In this way, Soul appears to have followed a similar pattern to the earlier Pixar film Coco which added Mexican-American artist Adrian Molina as co-director midway through production. (It’s important to note here that the term co-director varies in meaning depending on the studio, and at Pixar, the director at top is still in charge of final creative decisions while the co-director functions as second-in-command.)

Murray explained that the studio employed consultants to ensure the film accurately depicted its black characters. They also used an “internal culture test,” which she described as such:

It’s [done with] employees at Pixar who are African American. We pulled them together to be a part of our process. They were helping us with the characters and their stories, just making sure that they were authentic.

From the sound of it, Pixar made a sincere effort to do the right thing for this project, however, their efforts also raise some important questions. Chief among them: why is the studio’s first black co-director an outside hire. The traditional directorial path in animation is to work in other parts of the production pipeline and eventually rise to directing. Did the studio, with its over 1,400 employees, not have any black artists within its ranks who they felt had developed a strong enough creative voice that could be marshalled into a directing job? On the other hand, Powers’s promotion is reflective of a recent trend wherein writers with no animation production experience have moved into the directing spot; others who have done the same are Jennifer Lee on Frozen and Rodney Rothman on Spider-Man: Into the Spider-Verse.

The issue of who gets to direct tentpole animation features is not Pixar-specific, but it’s a topic that will continue to grow in importance as studios look to diversify their storytelling and come to the realization that the talent pool within their studios doesn’t reflect the diversity of the stories they’re trying to tell.

If Soul ends up being a success, it will prove the effectiveness of Pixar’s approach to put diverse talent in the co-director’s chair. But the real sign of Pixar’s commitment to diversity will be whether the likes of Molina and Powers continue to receive directing opportunities at the studio or if their promotions to directing are one-time deals designed to deflect criticism. In other words, will they receive opportunities to tell stories about any subject they want? That’s a privilege that currently only belongs to the studio’s white directors.