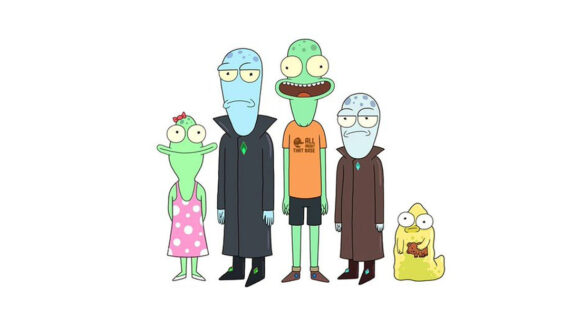 20th Century Fox TV, also soon to be owned by Disney, will produce the episodes, which will be spread out over two seasons. The show is slated for a 2020 premiere.

Solar Opposites follows a family of aliens who leave their planet and settle in suburban America. Roiland will lead the voice cast as Terry and Korvo (see character line-up below), while Sean Giambrone voices Yumyulack and Mary Mack is Jesse. Roiland and McMahan will do double-duty, continuing their roles on Rick & Morty, which recently picked up an unprecedented 70-episode order from Adult Swim.

Roiland is repped by UTA, Sam Lufti, and Ziffren Brittenham. McMahan is repped by ICM Partners, Mosaic, and Morris Yorn.

In 2015, Roiland shared development art from Solar Opposties on Twitter. It’s likely that the show has evolved its visual appearance since then, but here are some examples of what the project looked like a few years ago.