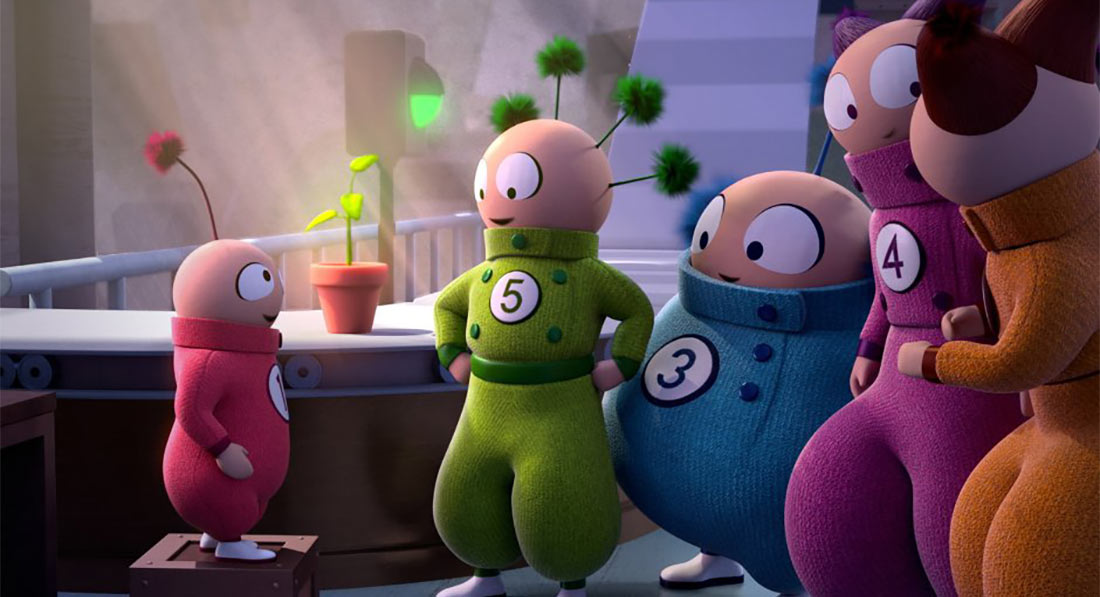 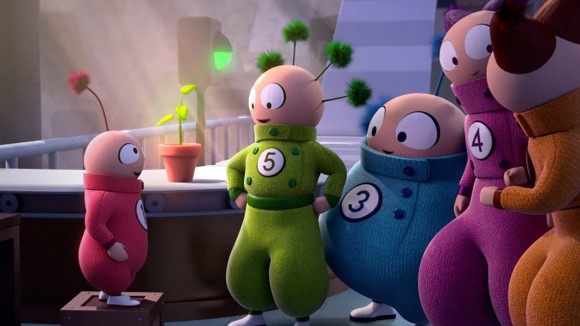 Moonbot Studios’ series pilot for The Numberlys has launched on Amazon Video, in search of a playful escape from a world too rigid.

The pilot is one of six children’s projects that Amazon debuted today in the US, UK, Germany and Austria. The other animation projects in Amazon’s fall pilot lineup are If You Give a Mouse a Cookie, Danger & Eggs, Eddie of the Realms Eternal, Everstar, and Yoyotoki HappyEars! Amazon customers are invited to watch and provide feedback on the shows that they wish to see turned into full series.

“The Numberlys characters reflect the Marx Brothers sensibilities of how we work, that haphazard, playful inventiveness,” Moonbot co-founder Brandon Oldenburg told Cartoon Brew. “Despite insurmountable challenges, they’re blissfully naive and go barreling right into things. Through trying to do something different, they discover new things they never would have expected.”

An animated series has been expected from Numberlys creators Oldenburg and William Joyce ever since their Webby-winning Numberlys app (based on Fritz Lang’s sci-fi epic Metropolis) and subsequent hardcover book led to an Annie-nominated short. Directed by Saul Blinkoff (Doc McStuffins, Kronk’s New Groove) and written by Joe Fallon (Between the Lions, Arthur), the good-natured Amazon bow follows five colorful numbers as they navigate a conformist metropolis of concrete and metal, striving to save a tree sprout from the marching throng. Using their imagination and invention, the Numberlys accessibly steer an all-ages pleaser away from more cynical terrain.

Moonbot hopes Amazon customers, who can send feedback on shows they want expanded into full series, elect to give The Numberlys an extended life. The test pilot for Oldenburg and Joyce’s second multi-platform property, after The Fantastic Flying Books of Mr. Morris Lessmore, was produced concurrently with their Louisiana-based studio’s short, Taking Flight, which entered Oscar contention earlier this year.

“Every once in a while, a truly unique opportunity comes along to create something that is fresh, innovative and captures the imagination,” Blinkoff told Cartoon Brew, adding that The Numberlys’ merge of simple shapes and silhouettes with receding backgrounds gives it an “atmospheric perspective” atypical of your traditional preschool programming. “We worked very hard to get depth and texture into the show,” he said.

Oldenburg continues, “It’s an advanced concept for a preschool show, but we honestly feel that preschoolers have more space in their brains than anyone truly knows. We definitely want to speak up to them, and hopefully inspire them.”