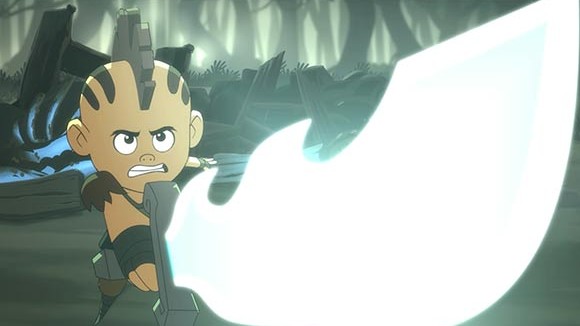 Niko and the Sword of Light. which began as an independently produced animated comic book app, has been turned into a 22-minute pilot produced by Amazon Studios. Launched yesterday, the pilot is free to watch on Amazon Instant Video in the U.S., U.K., and Germany.

Created by Imaginism’s Bobby Chiu and Kei Acedera, and StudioNX’s Jim Bryson and Adam Jeffcoat, Niko follows the quest of a young boy, armed with a magic sword, who must defeat the darkness and bring the light back to his land.

SEE ALSO: Niko and the Sword of Light Walks the Line Between Comic Book and Animation

Amazon Studios uses a data-driven approach to developing their shows, closely monitoring how long viewers watch their content. They also rely Amazon Prime members to provide feedback on the shows they want to see turned into full series.

Niko is one of thirteen new projects in Amazon’s winter 2015 pilot season, which also includes three other animated pilots aimed at preschoolers—The Stinky & Dirty Show, Sara Solves It, and Buddy: Tech Detective. All of the shows can be viewed on Amazon’s website.