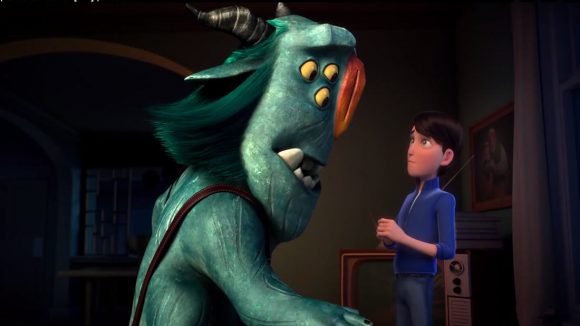 Not to be confused with the upcoming feature Trolls, Dreamworks Animation has a second troll-related project coming out soon: the CG-animated series Trollhunters, created by Guillermo del Toro. All the episodes of the series will debut worldwide December 23 on Netflix:

Described as an “epic saga,” the series follows a group of teens who unearth a troll universe beneath their home town, and become involved in a centuries-long battle between good and bad trolls. The series, based on a recent book

by del Toro, includes Ron Perlman, Kelsey Grammar, Steven Yeun (The Walking Dead), and Charlie Saxton (Betas) amongst its voice cast. Anton Yelchin, who died in a car accident recently, voices the lead role of Jim Lake, Jr., the human teen who discovers a mystical amulet and becomes the Trollhunter.